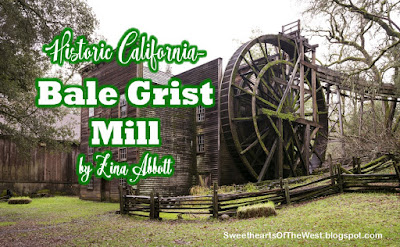 When most people think of California in the mid-1800's, they think of the discovery of gold in 1848 and the coming of the "Forty-niners" to mine that gold. Up until 1848, California belonged to Mexico. However there were Americans and other foreigners there intent on making the region their home. One such person was Edward Turner Bale who built a grist mill in the northern part of Napa Valley in 1846. 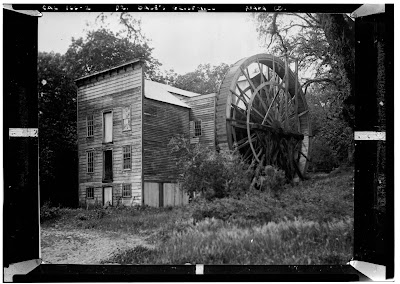 The mill was established in 1846 on property in the Rancho Carne Humana land grant. Bale lived near the site until his death in 1849.

The gristmill and granary were built with local materials, Douglas firs and coast redwoods. Some timbers were cut to length with the bark left on, while others were roughed out with hand tools. The timbers were notched and held in place with wooden pegs as well as nails and screws.

The foundation of the structure is native stone. The mill was powered by a waterwheel, with water diverted from Mill Creek nearby. A ditch carried the water from a millpond to a wooden flume, which brought the water to the top of the waterwheel. The first wheel did not provide enough power during dry summers and was replaced by a larger one, similar to the one at the mill today.

The mill was once the center of social activity for Napa Valley settlers as they gathered to have their corn and wheat ground into meal or flour. Farmers brought grain to the mill where it was placed into the boot of an elevator to be mechanically transported upstairs where it was cleaned by various types of equipment. The slow turning of the old grind stones and the dampness of the mill's site gave the meal a special quality for making cornbread, yellowbread, shortening bread and spoonbread. As old timers put it, "When meal comes to you that way, like the heated underside of a settin' hen, it bakes bread that makes city bread taste like cardboard."

Theodore Benedict Lyman bought the mill and surrounding land in 1871 and passed ownership on to his son, William Whittingham Lyman. The mill remained in operation until 1879.


The Bale Grist Mill is now a state historic park. It is a fully restored water-powered grist mill is now managed by the Napa Open Space District in partnership with the Napa Valley State Parks Association, and still grinds grain.  Visitors can watch the original set of French Buhr millstones in action when the miller grinds grain into Bale Mill flours and meals. In the late 1800s, Napa Valley farmers brought their grain to the mill where it was placed into the boot of an elevator to be mechanically transported upstairs to be cleaned and sifted by various types of equipment – a technical wonder for the Pioneers. The slow turning of the old grind stones gives the fresh meal a special quality for making cornbread, yellow bread, shortening bread and spoon bread. The mill is ADA accessible.

Below are photographs of the Bale Grist Mill and its interior workings I found on the public domain site: 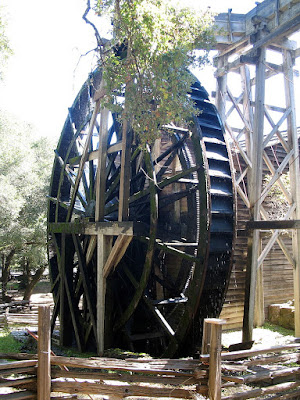 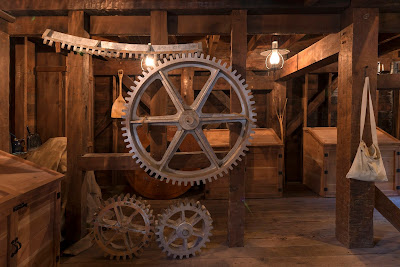 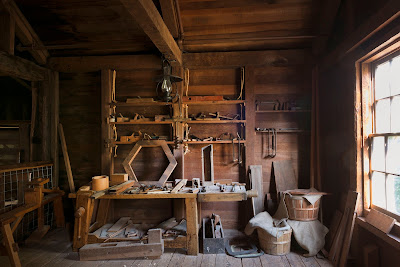 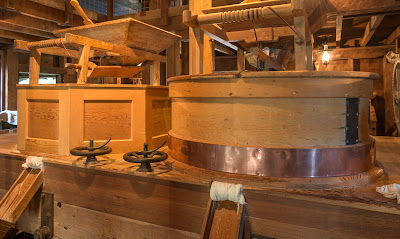 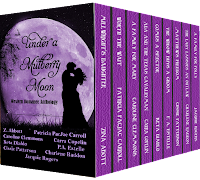 My mind has been on grist mills for the last several months due to my story, Millwright's Daughter, which is part of the nine-author anthology, Under a Mulberry Moon. The story is set partly at a historic grist mill along the Stanislaus River in California. You may read the full book description and find the purchase link by CLICKING HERE.

And, although my next book has nothing to do with grist mills, look for Nissa, part of the Widows of Wildcat Ridge series which is starting in September. 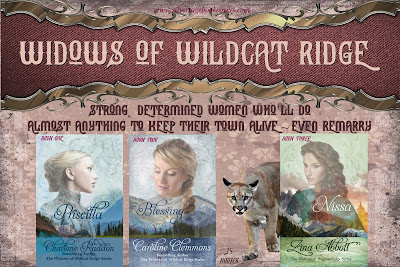