Happy Birthday, America! - The Tradition of Fireworks on July 4th 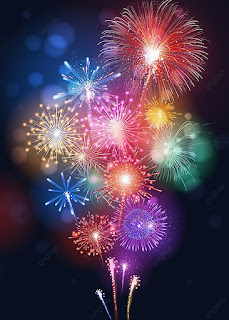 One of the greatest highlights of every summer is the magic of 4th of July firework displays. The bright pops of color in the sky, paired with barbecues, all things red, white, and blue, plus friends and family, make for the perfect celebration.

Haven’t you always wondered why it’s a tradition to set off explosions of light in the sky on Independence Day? It’s certainly a day for celebration, but why fireworks? Well, the 4th of July’s history actually involves fireworks, and you can thank Founding Father John Adams for it.

During the first months of the Revolutionary War, after the 13 colonies had all voted in favor of independence from Great Britain, Congress began to write a declaration, which became the Declaration of Independence.  Before it was even finished and signed, an enthusiastic John Adams wrote his wife a letter about how he thought the occasion of America’s freedom should be celebrated.

“The second day of July will be the most memorable event in the History of America. I am apt to believe that it will be celebrated, by succeeding Generations, as the great anniversary Festival…It ought to be solemnized with Pomp and Parade, with Shews, Games, Sports, Guns, Bells, Bonfires and Illuminations from one End of this Continent to the other from this Time forward forever more.”

Adams was off by a couple of days.

On July 4, after making a total of 86 (mostly small) changes to Jefferson’s draft, Congress officially adopted the Declaration of Independence though most of the delegates didn't even sign the document until August 2nd.

Adams’s hometown of Boston held its own fireworks display to celebrate its independence as the Sons of Liberty took the opportunity to set off fireworks and shells over Boston Common. In 1783, Boston was the first city to designate July 4th as an official holiday. In the years to come, various cities continued the tradition of celebrating independence, holding picnics, parades, speeches and fireworks displays for the occasion.

By the time Independence Day celebrations really took off after the War of 1812, fireworks were even more widely available. They would become an increasingly important part of the festivities in the years to come, as public safety concerns caused cannon and gunfire to be gradually phased out of celebrations.

In 1870, Congress established Independence Day as an official holiday.

May our country always flourish and celebrate many more years of independence. I hope you all enjoyed a blessed Independence Day. 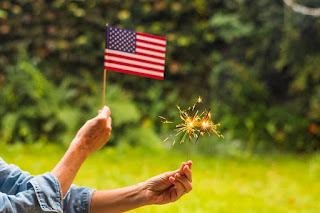 My newest release, "Ainsley" - The Love Train Series Book 8 is now available on Amazon and Goodreads. Here is a video trailer giving you a peek about Ainsley MacKenzie and Lucas Harmon's love story.
https://youtu.be/kcw4_nQ6j_0