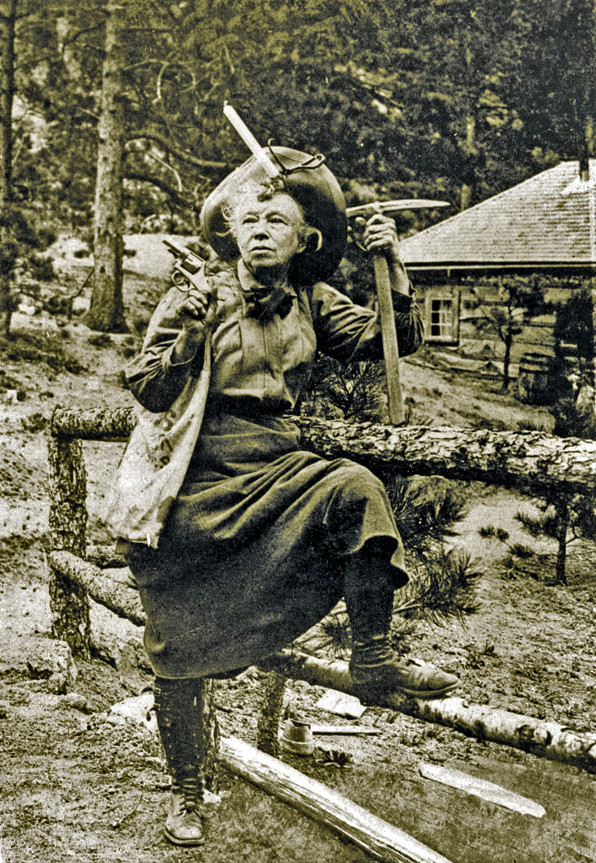 The Old West was full of eccentric characters and women who lived there had to be resilient. Ellen Elliott Jack, or Captain Jack, was one such person.

She is quoted as saying, “I do not fear man or devil, it is not in my blood, and if they can shoot any straighter or quicker than I, let them try it, for a 44 equalizes frail women and brute men, and all women ought to be able to protect themselves against such ruffians.”

Ellen Elliott was born in 1842 in Nottingham, England and lived on a family estate. When Ellen was a child, the queen of a band of gypsies who camped on the family land  said Ellen was a “finder of lost treasure.”

Ellen’s first love was a Russian named Carl. He was a jealous man and he stabbed Ellen several times in the chest after seeing her with a man who turned out to be her cousin. Ellen took a cruise to recover and met Charles E. Jack. They had a brief but happy marriage. Their children died early within a short time of each other and Charles died of complications from his wounds received fighting in the Civil War.

Ellen crossed paths with her children’s nanny, Jenny, and the former nanny told Ellen she was now a prosperous businesswoman and that Ellen should move to Colorado. Ellen moved to Gunnison, Colorado and opened a popular restaurant. She wrote in her autobiography, The Fate of a Fairy, that a band of renegade Utes rode into town and began attacking people. Ellen supposedly fought them off with her 45s even though she had sustained a hatchet blow to the forehead.

She later prospected and owned the Back Queen Mine before moving to High Drive above Colorado Springs in the early 1900s. Ellen opened “Jack’s Cabin,” a restaurant that became quite successful. She sold photograph postcards of herself. She wore a simple cotton blouse, a wool skirt, and lace up boots. Ellen tucked a six shooter into her belt and carried a mining pick. She loved to pose for photographs. Ellen lived with her pet burro, several cats, and parrots.

In 1920 when Ellen was in town, a flood washed out the road to High Drive. The town decided not to rebuild the road for financial reasons. Ellen’s health immediately began to worsen and she had to be hospitalized, where she died on June 16, 1921 of heart problems. Ellen’s friends swore she died of a broken heart because she couldn’t return to her home, Captain Jack’s Place.

Ellen was buried in Colorado Springs by the Ladies of the Grand Army of the Republic and her headstone faces her beloved home on High Drive. 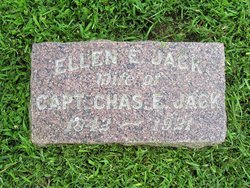