The Year Without a Summer by Bea Tifton 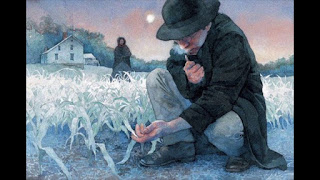 My apologies for posting late, but I had a terrible migraine caused when the barometric pressure changed drastically and suddenly. Human beings are so affected by the weather, global warming, natural disasters, etc.  But did you know about the Year Without a Summer?

“The Year Without a Summer,” also called “Poverty Year” or “Eighteen Hundred and Froze to Death,” began in Indonesia on April of 1815 when Mount Tambora experienced the largest volcanic eruption in 1,300 years. The eruption and tsunamis that accompanied it killed approximately 10,000 people. The aftereffects killed approximately 80,000 more from disease, starvation, and hypothermia.

In Switzerland, the resulting eerie fog and miserable weather inspired a group of friends to have an artistic contest at a house party that resulted in one Mary Shelley penning a little book called Frankenstein. The landscape artists of the period across Europe and the United States featured the yellow skies from the volcanic winter in paintings for years to come.

In the United States, New England experienced the worst of the weather, getting a foot or more of snow in the summer months. As far south as Pennsylvania, lakes and rivers froze over in July and August. On July 4, 1816 in Savannah Georgie, the high temperatures was 46 degrees. 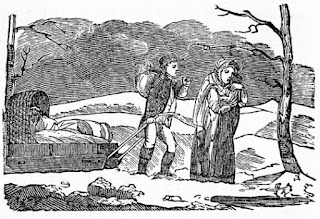 People and livestock froze. Crops failed. Food prices soared. The haze made sunspots visible to the naked eye, so some people thought it must be some planetary alignment or the sun. Many thought that the weather was some sort of Divine judgement, signaling the end of the world. And no one knew when it would end.


But people are survivors. A hardy stock decided to move to parts of the country that had not been hit quite as hard. Many moved to the Midwest but many more continued to the West. The Year Without a Summer just might be why your ancestors became pioneers. Today, many scholars believe that this very event is the one of the biggest reasons for the westward expansion in the United States.

Labels: 1816, Bea Tifton, Mt. Tambora, Sweethearts of the West, westward expansion, Year Without a summer
Email ThisBlogThis!Share to TwitterShare to FacebookShare to Pinterest