FORBIDDEN FESTIVALS ON THE PLAINS by Cora Leland

FORBIDDEN FESTIVALS ON THE PLAINS  by Cora Leland 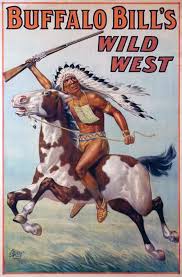 With the advent of Buffalo Bill’s Wild West Show, Native Americans rocketed into super star status.  This was the largest and most ornate Wild West show.  Its first ‘Show Indians’ were members of the Pawnee tribe, but when the popularity of Oglala Sioux came to light, these Lakota Sioux from the Rosebud Reservation dominated the market.

The Sioux weren’t about to obey every single government rule about performing for settlers and tourists. One benefit of working for a large wild west show was that they were strictly legal.  The Euro-Americans demanded to see dancing, and the wild west shows saw that they got it.

It seems ridiculous now, to even consider that the Grass Dance, performed by almost every tribe, could be forbidden to dance and to view.  It’s made up entirely of lifting feet, right, then left, no more than a few inches off the ground, with a slight swaying, right and left, in imitation of the grasslands of the Great Plains.  There are no war whoops, rattles,leaps or twirls.  Just the gentle flat-footed dancing and slight swaying, performed in a traditionally moral manner.  Men and women are completely separated, with women occasionally dancing together in a different area.

The Grass Dance is also called The Omaha. Perhaps because it was banned, it became very popular and was highly in demand.  Though banned by the federal government, settlers and tourists themselves solved the problem by riding out to the reservations and watching the Natives dance there if they weren't away at a wild west show.

Settlers and tourists alike came to the reservation, paying well.  They also wanted to see war dances, traditional dances from the northern and southern US, both men's and women's.

The pueblo Indians of the southwest were not plains tribes, and they did not perform in the wild west shows.  But they were popular. 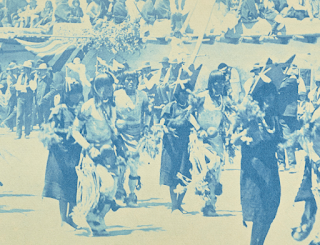 Pueblo Indians and the Corn Dance

Today, the Oglala Sioux are the poorest tribe of Native Americans, and their situation wasn’t any better in the late 1880’s.  Dancing was the only marketable skill they had, and their rations of food were often very late. 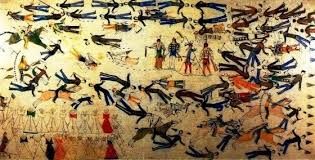 The owners of the big wild west shows paid Indians the same as white actors and men the same as women.  They prepared and served three hot meals per day as part of the actors’ wages.  By signing a contract, Indians promised to refrain from drinking, fighting or gambling, and the show's management hired Indian police, usually former Indian scouts.

The Native American actors themselves were enthusiastic about their work: they and their families were well-cared for and looked after, and could live away from the confines of the reservations, for as long as their contracts stated.   Although every dance was forbidden, by federal law, as was wearing traditional Indian clothes and speaking their languages, these things were perfectly normal in the world of the wild west shows.

As one Lakota chief testified at a government hearing, through the wild west shows they could save large sums of money for caring for their children.  When they left the shows, they were skilled professionals.  They were asked to dance for tourists and settlers alike. 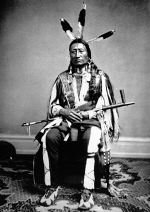 Buffalo Bill was an agency (another name for reservation) employee when he started thinking about his show.  This was a frequent road for show managers, though no one achieved the grandeur of his shows.   The shows played for large towns across the US, playing two times at each town, then moving on.  The actors slept in sleeper cars, or when they were billed to play for more than a few days, they slept in special tents.  The show had their own cooks, too.

The largest groups of migrants were Germans, Swedish, and English.  It would have been impossible for people of German ancestry to keep the many half-days of silence, ¾ days of silence, full days of silence, full holidays (such as Easter and  Christmas) and be farmers or ranchers.  The Swedes also brought their vigorous Christian beliefs across the seas, and bonfire dancing was but one of their contributions.  The English, Finnish and Swiss, to name a few, had escaped persecution and their religions meant a great deal to them. 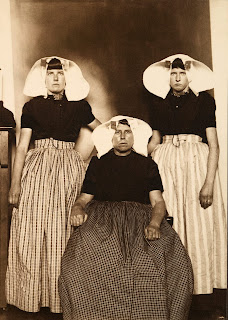 Especially on the Great Plains, farming and ranching meant closely watching for any signs of changing weather and carefully tending the plants and animals.  Residents of the Great Plains needed no excuse for getting together and having fun, and they celebrated each holiday, feasting and dancing, making their traditional dishes, even making their own wine. 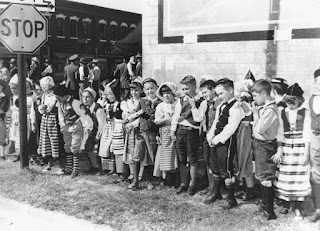 Another important group came from Mexico.  Hispanic Americans contributed deeply to the ways that ranches were managed and even contributing the American cowboys’ ranching vocabulary.  For example, round-ups, or rodeos, occurred at certain times and places; American cowboys rode in Mexican saddles; and by the end of the 19th century, ranches were managed almost entirely as they had been in Mexico.

The role that the US played in accepting and putting migrants to work has helped make America great, despite any lapses over the years.