“The ride through the fresh dewy morning hours! Oh, that was worth something! Everything looked as if it were ‘made.’ The sky had that wonderful blueness I have never seen anywhere but in San Antonio; the hillsides were green with the tender green of spring and there was a perfect blaze of flowers everywhere.” 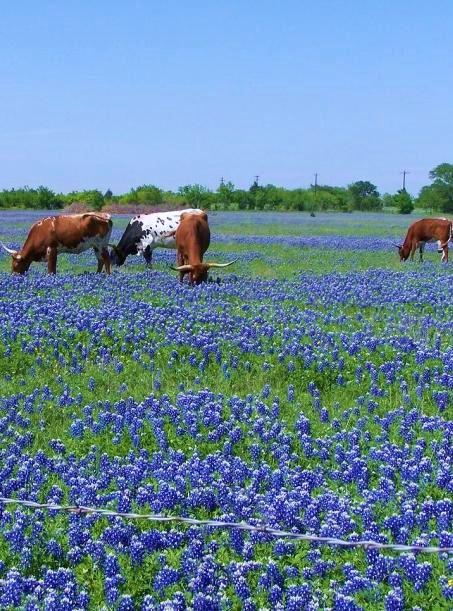 Mollie Evelyn Moore Davis (pen name: M. E. M. Davis) was an American poet, writer, and editor. Born in Telladega, Alabama, April 12, 1844, she was the only daughter of Dr. John Moore and Lucy Crutchfield. Two of her uncles attained the rank of colonel during the American Civil war, one in the Confederate, the other in the Union army.

A few years before the war broke out, Dr. Moore moved his family to Texas and took up planting cotton. There, at the La Rose Blanche Plantation, in Hays County on the banks of the San Marcos River, Mollie grew up. She was educated by private tutors, and her talent for poetry revealed itself. Along with her brother, she also learned to ride, shoot and swim.

From the age of 14, Mollie wrote regularly for the press and periodicals. A critic said of her that she was "more thoroughly Texan in subject, in imagery and spirit than any of the Texas poets," and that scarcely any other than a native Texan could "appreciate all the merits of her poems, so strongly marked are they by the peculiarities of Texas scenery and patriotism." In 1889, Davis became editor of the New Orleans Picayune.

In 1874, Mollie married Major Thomas Edward David, editor of the The Daily Picayune. The couple took up residence in New Orleans’ old French Quarter, where Mollie spent the rest of her life. Accepted into the exclusive Creole society, she studied and wrote about it, but also continued to write about her beloved Texas. Some of her best known short poems were “Going Out and Coming In,” “San Marcos River,” “Stealing Roses through the Gate,” and “Lee at the Wilderness.” Several of her poems and sketches were written for Harper’s Magazine, and other periodicals.

Davis was perhaps most admired for her short stories, which often appeared in northern monthlies. She enjoyed chronicling the lighter, humorous side of life but occasionally touched on sterner problems. "Snaky baked a Hoe-Cake," "Grief" and others, contributed to Wide Awake in 1876, were among the first African-American Vernacular English stories to appear in print.

Davis portrayed life in Texas and Louisiana in a number of novels including: In War time at La Rose Blanche Plantation, Under the Man-Fig, An Elephant’s Track and Other Stories, The Story of Texas Under Six Flags, The Wire Cutters, Jaconetta, and others. In War Times at La Rose Blanche Plantation and Jaconetta were largely autobiographical. Jaconetta was Davis’s childhood nickname during the Civil War.

In both poetry and prose, Davis depicted characters and settings in minute detail, allowing her readers to “see” what she described. This ability demonstrated a keen observation of not only people, but of the natural world, as shown in the quote at the top of this article.


The Price of Silence, published by Houghton, Mifflin and Company in 1907, deals with life in New Orleans, with roots in the past. It evokes the “tragedy of color.” This book was written while the author suffered from an excruciating malady and shows some haste in composition, yet it surpasses her other creations in its bold conception, dramatic situations and intensity. "This work has been selected by scholars as being culturally important, and is part of the knowledge base of civilization as we know it." ~found on Amazon

Mollie E. Moore Davis died on January 1, 1909, in her home on Royal Street in New Orleans.