Reference: The Ubiquitous Mesquite. Texas Almanac - The Source For All Things Texan Since 1857.
All photos courtesy of Google Images.

Southwestern Indians had many uses for parts of the mesquite tree and "used all of it's parts: beans, bean pods, leaves, roots, trunk, limbs, bark and gum." Cabeza de Vaca and several companions, ship wrecked on the Texas Gulf Coast in 1528, lived a nomadic life, much of the time as an Indian captives. "In his Journal, he recorded the natives pounded mesquite-bean pods with a wooden pestle in a dirt hole, mixed the resulting meal with some of the dirt and added water to make a kind of mush."

They made a drink called atole from ground beans and water. Allowed to ferment, it produced a mildly intoxicating beer.

Trunks and limbs were used for shelter and fencing.

They also used it for medicines, fuel, dye and glue, clothing, recreational equipment and other tools and implements.

Used it for fences because it was plentiful and resisted rotting, corrals, picket fences, wagon wheels, and ribs for small boats. Railroad crews used the logs and roots for boiler fuel.

When coffee was scarce during the Civil War, Texans made ersatz coffee from roasted mesquite beans, okra seeds wheat, corn or acorns. Boiled dried mesquite leaves became tea and honey from the flower pollen and was much prized.

Mesquite thorns were used for pins.

Tannin was extracted from mesquite and worked fast enough that leather wasn't lost to decomposition. Dr. Park received a US patent on Dec. 5, 1985 for his method of using mesquite.

"In 1880, the first streets to be paved in San Antonio—Alamo Plaza and surrounding streets—were surfaced with hexagonal creote-treated mesquite blocks. When soaked with rain, the blocks swelled enough to push some of them up above the surface of the street, making for a rough ride. Even so, the city council in late 1891 voted to pave streets around Military Plaza—including parts of Market, St. Mary's, Trevino, Flores, Dolorosa and West Commerce—in a similar manner."

To see examples of the original wooden streets, visit
http://www.expressnews.com/150years/culture/article/Early-roads-built-with-wooden-blocks-6135750.php#photo-7661350

Though ranchers are still trying to get rid of mesquite, 250 Texans can't get enough of the wood. They are artisans and value mesquite for it's beauty and the ability to work it into a high sheen.

"Mesquite has a swirling grain, radial cracks, mineral deposits in the bark, and often many insect holes, which make working it a challenge. Finding a large intact piece is almost impossible. But mesquite is dimensionally stable. As most hardwoods dry, they shrink more in one direction than they do in the other. Mesquite shrinks the same percentage in both directions. It has a surface hardness of 2,336 pounds per square inch, equal to that of hickory and almost twice that of oak and maple, and density of 45 pounds per foot, greater than oak, maple, pecan and hickory."

Here are some examples of mesquite wood products. 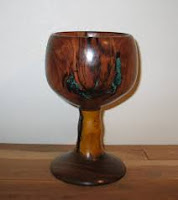 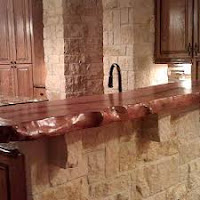 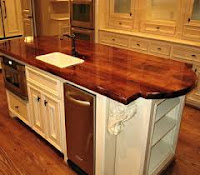 To view more examples of mesquite flooring and products, visit

Also, do a Google search as there are many suppliers available.

Thank you for reading today. I hope you'll leave a comment.