Oh, the things we learn while researching.... 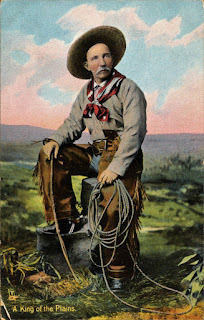 This weekend as I started researching for a new book, I came across an amazing article that I just have to share.

To begin with, the story I’m researching for will be set in western Kansas, close to the Colorado border. I enjoy writing stories set in that area because I lived there for ten years while growing up. I loved when family and friends would come to visit us because it meant a trip to Dodge City to visit Boot Hill, Meade to see the Dalton Gang Hideout, or one of the many others historical sites. Many more wonderful memories were created years later, when my husband and I would take our children to Kansas on vacations and visit all those historical sites again.

The western Kansas area was a somewhat barren land, trees were sparse, but water and grazing land was plentiful, which made that part of the state ideal for live-stock. The coming of the railroads allowed for easy shipment to markets. Kansas flourished during the years cattle were driven north to the rail heads. Towns were formed around the cattle market and thrived. So did ranches, which will be the setting of the book I'm researching.

While looking for information about Kansas prior to the cattle drive days, I came across information about an Army post in the area I want to use for my story and an amazing tale. In September of 1874 a man and his wife, along with their seven children were traveling near the Kansas/Colorado border when they were attacked by a band of Cheyenne. The only survivors were the the four youngest children, all girls, and they were taken captive. Soldiers at the nearby fort heard about the massacre and began searching for the girls. Due to the harsh winter that settled upon the area that year, the two youngest girls, ages 5 and 7, were left on the plains of the Texas Panhandle by the Cheyenne. It was estimated they spent over six weeks, surviving on their own, before the two girls were found by soldiers. The other two girls were eventually found as well. They had been split up and were traveling with different bands. Due to the soldiers’ efforts and negotiations, the other two girls were released by the Cheyenne in February of 1875 and all four sisters were reunited shortly thereafter.

I just can’t imagine two young children, ages 5 and 7, surviving six weeks on the winter plains of the Texas Panhandle. They had to have been very intelligent and resourceful little girls.

Other than a possible mention, my story will not contain this tidbit of local history, but both The Moccassin Speaks by Arlene Jauken and Girl Captives of the Cheyenne by Grace Meredith were based upon the tragedy of these girls’ family if you’re interested.

The book that I’m researching for right now will be released by Harlequin in 2018. I’ll have three releases with them this year, the next one being The Cowboy’s Orphan Bride in April. Not so surprising, this book takes place during the cattle drive years and is set in Dodge City. 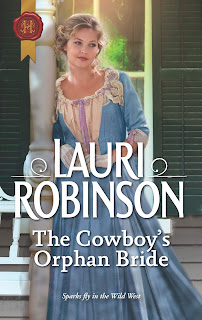 Reunited with the cowboy!

Long ago, orphans Bridgette Banks and Garth McCain made a promise to stay together. But it's been years since they were parted, and Bridgette's almost given up hope! So when Garth's cattle trail passes her town, she won't let him leave her behind again…

Sparks fly as they're reunited—especially when the cowboy catches Bridgette telling everyone she's his bride! Faced with a past he thought he'd lost forever, Garth realizes this impulsive beauty might be the future he never thought he deserved.