How did I wind up writing historical westerns? It's a little convoluted. I grew up on the East coast, riding English. Although I will admit there's something special about a guy in chaps. And I'll confess that I'd never been to a bull-riding event until about ten years ago when the local county fair had one. It was the last place the guys could earn enough points to go to the PBR. Okay say PBR and I think beer. Am I an Easterner or what?
So how did I get into historical fiction? I wrote A Snowy Christmas in Wyoming. It wasn't meant to be a western just a sweet, contemporary Christmas story. 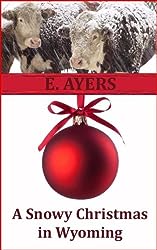 I created a hero Andy Coyote that I figured anyone could love. That misunderstood young man who was really a good guy. He'd also made a few mistakes along the way, but now he had a good stable job, an adorable little daughter, whom he loved with all his heart, and employer who was honest and took him under her protective grandmotherly wing. Andy wasn't stupid, but he was dyslexic, therefore he had not done well in school. I made him tall and dark. Handsome? In the eyes of the beholder he was. And Caroline saw him as handsome. A few clicks on the computer, and I made him a Crow Indian because there's a Crow reservation not too far away.
Where I live in Virginia there are plenty of Land Grant properties still within families and although that does not exist in the west, I saw that heritage of this particular ranch that keeps getting passed down through the generations. I casually mentioned a diary of that original settler, Clare Coleman. So as I lay my head upon my pillow, I could imagine this unrequited love between Clare and a young Crow Indian. And how life tends to come full circle. Clare's love for Cheéte is repeated in Caroline's and Andy' story.
Call it dumb luck. But that story took off six years ago, and people began to ask for the diary. Um, I don’t write historical - that means research! But after several requests I said hmm, maybe I should reconsider my stance on historical. So I began researching.
WOW! I had no idea! The only thing I'd been taught in school about those early years in the west was the Pony Express, The Battle of Little Big Horn, and the Golden Spike. Not even a full paragraph on each.
Debra Holland was getting ready to write Sweetwater Springs Christmas and asked several of her friends to join her. I knew Debra. I had met her a few years after my husband died and I was still coping with grief. Her book on grieving helped me to understand that what I was feeling was normal. We all experience grief, even if it's the loss of a pet, or a job, or a favorite piece of jewelry. Things that are taken from us hurt! Long story short, she had read some of my other books and loved my writing. I remember when she emailed me and said I want that house! Anyway, she knew I was working on the Diary of Clare Coleman and she asked me to write for her Sweetwater Springs Christmas anthology. I said yes, and that was it. From that historical story of Adie Reiner and Frank Coleman the grandson of Clare Coleman, grew the story between Adie's sister Malene and a Native American man by the name of Many Feathers and became  A Rancher's Woman. 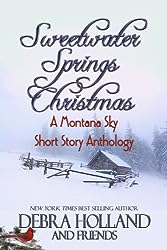 That chance to write with Debra Holland sent me firmly down a historical path. Ninety percent of what I write now is historical westerns. I'm hoping to finish the Diary of Clare Coleman in 2017. I've been at it for years, working on it between other things and researching as time allows. It's not been easy for me to write. A diary is in first person, and although that seems to be the easier voice to write for the average author, for me, it's the most difficult. I'm used to third person. The diary had to be in first person or it would become a biography.
Today I love writing these historical novels. I find the research to be fascinating. I've actually had to research pens, corrugated cardboard boxes, toilet paper, "modern" washing machines, plumbing, cement, stoves for cooking and heating, brickyards, and even mining. I swear I had the Bureau of Indian Affairs on speed dial when I wrote A Rancher's Woman. 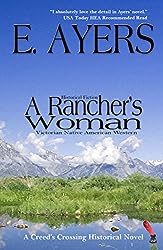 Visit me on the web. Several of my books are available in print and in large print.
https://www.amazon.com/E.-Ayers/e/B005AYJ0XE
http://www.ayersbooks.com
http://ayersbooks.wordpress.com

For a chance to win a free copy of one of my books, just drop a comment and tell me if you love to read history or just a good romance story.
Posted by E. Ayers at 1/03/2017