Tom Rizzo writes westerns — good ones, with traditional action aplenty and, so far, romantic elements that play significant roles in the story. He writes westerns so well, in fact, that his debut novel, Last Stand at Bitter Creek, was among the nominees for the 2013 Peacemaker Awards, in the Best Western First Novel category.

The man bears watching, not only because he’s a rising voice in the genre, but also because of the level of historical detail he incorporates into his work. Rizzo loosely based Last Stand at Bitter Creek on a little-known theft of valuable documents during the Civil War. The resulting action-adventure tale reads a bit like Louis L’Amour dressed National Treasure and Robert Ludlum’s Bourne novels in six guns and denim.

Though Rizzo presents his tales from the male point of view, his female characters clearly are more than stereotypical damsels in need of rescue by a hard-bitten cowboy. Rizzo’s women think, they act, and they help drive the plot.

Like many other former journalists, Rizzo arrived on fiction’s doorstep later in life. His interests are broad, from mystery and crime to thriller and science fiction. He could have attacked any of those genres; yet, he chose to write historical westerns despite conventional wisdom saying “the western is dead.”

According to Rizzo, it’s only wounded.

Tom Rizzo: Westerns represent such a rich legacy of American history. I grew up in the Midwest, small-town America. Like others, my introduction to westerns came from black-and-white movies. The plots were basic, simple, and straightforward in most cases, but it was the sense of adventure that attracted me.

Then, I began to read various authors and became impressed with their realistic visions and interpretations of the frontier. As much as anything, however, it was the physical beauty of the West that captured my attention and fired my imagination. The language of the West is its landscape — a visual poetry of mountains, rivers, streams, and deserts, rolling hills, and the sky.

Most authors who write in the genre grit their teeth every time they hear “westerns don’t sell” or “the western is dead.” Judging by the number of authors who continue to write westerns, though, a funeral may be just a tad premature. What would you like people who insist on consigning westerns to Boot Hill to know?

I think, at times, there’s sort of a Neanderthal mindset about westerns. Not from the readers’ viewpoint, but from that of literary agents and publishers. It’s as if they’re standing wild-eyed, brandishing a garlic ring and crucifix in an attempt to ward off the evil western writer who wants to foster the traditional shoot-’em-up, cowboy-and-Indian story.

As you know, this type of thinking is downwind of reality. This genre accommodates a number of sub-genres. Westerns, in fact, represent historical adventures, historical mysteries, historical thrillers, historical romances, and even historical horror and fantasy.

Perhaps there’s a marketing disconnect. We have to do a better job of attracting readers who haven’t yet tested the waters. 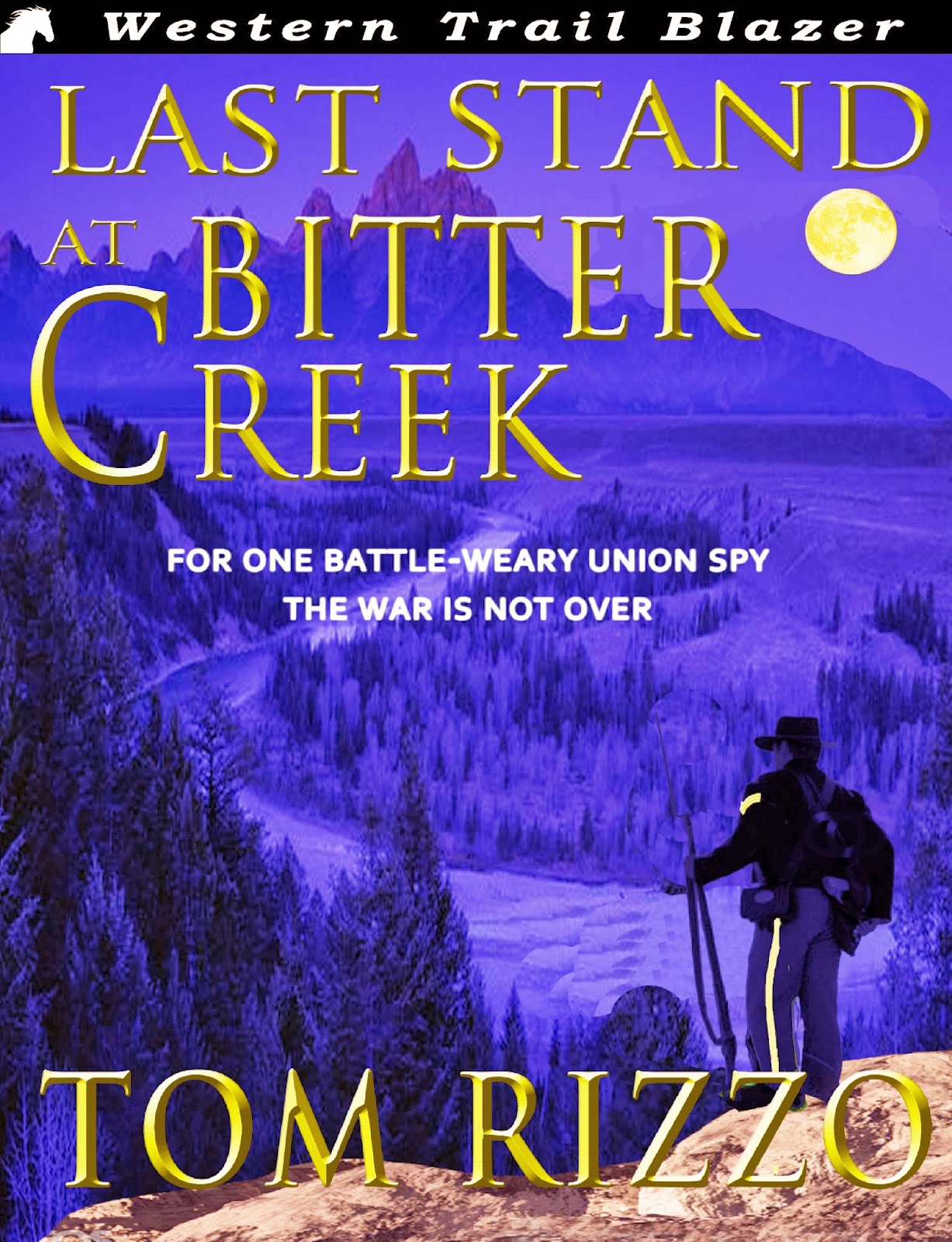 One of the common laments we hear within the admittedly aging community of western historical writers is that the traditional market for westerns is aging, too. Some see attracting younger readers as the key to keeping the genre alive, but no one seems quite sure how to go about that. Got any ideas?

Why don’t you just put me on the spot? A great question with no easy answer.

Some writers — Dale B. Jackson , JR Sanders, and Cheryl Pierson come to mind — have written novels aimed at the young adult and have done very well with those books. That could be a way to lure younger readers into sticking with the genre as they age.

At the same time, I think it comes down to an old-fashioned sales and marketing strategy in developing a message aimed at convincing younger readers to at least try the product. Westerns are not only great tales of adventures, but also wonderful resources of American history.

Traditional westerns often include a conspicuous romantic component, although many traditional western writers — especially men — are hesitant to call their stories “romances.” Your short story “A Fire in Brimstone” uses a romance between the sheriff and a café owner to propel the plot, and a case could be made for the story’s conclusion meeting the happily-ever-after-ending requirement of the romance genre. Where do you draw the line between “western” and “western romance”?

I don’t know that I could draw a line between the two — at least consciously. When I wrote “A Fire in Brimstone,” the term “western romance” wasn’t top-of-mind — or any other term, for that matter. The romantic attraction between the two characters seemed, at least to me, a natural component of the story.

Sometimes labels get in the way of good storytelling. I think most writers have of an umbrella goal in mind when they write. For example, no matter what the plot, I try to present characters in conflict — either with one another or with their own emotions — who face adversity and are striving for some level of justice or redemption.

You’re fond of a variety of genres from western to science fiction, noir, mystery, and political thriller. Do you find your eclectic tastes coming together in your work, intentionally or otherwise? How difficult is it to make all those influences work together?

What I find remarkable about the structure of the western is the ability to weave in varied sub-genres without sacrificing the concept of a true western. The difficulty, of course, depends on the intricacy of the plot or storyline.

The western can easily accommodate mystery, noir, and political thrillers. Science fiction, as well, but that would be a bit of stretch for me. 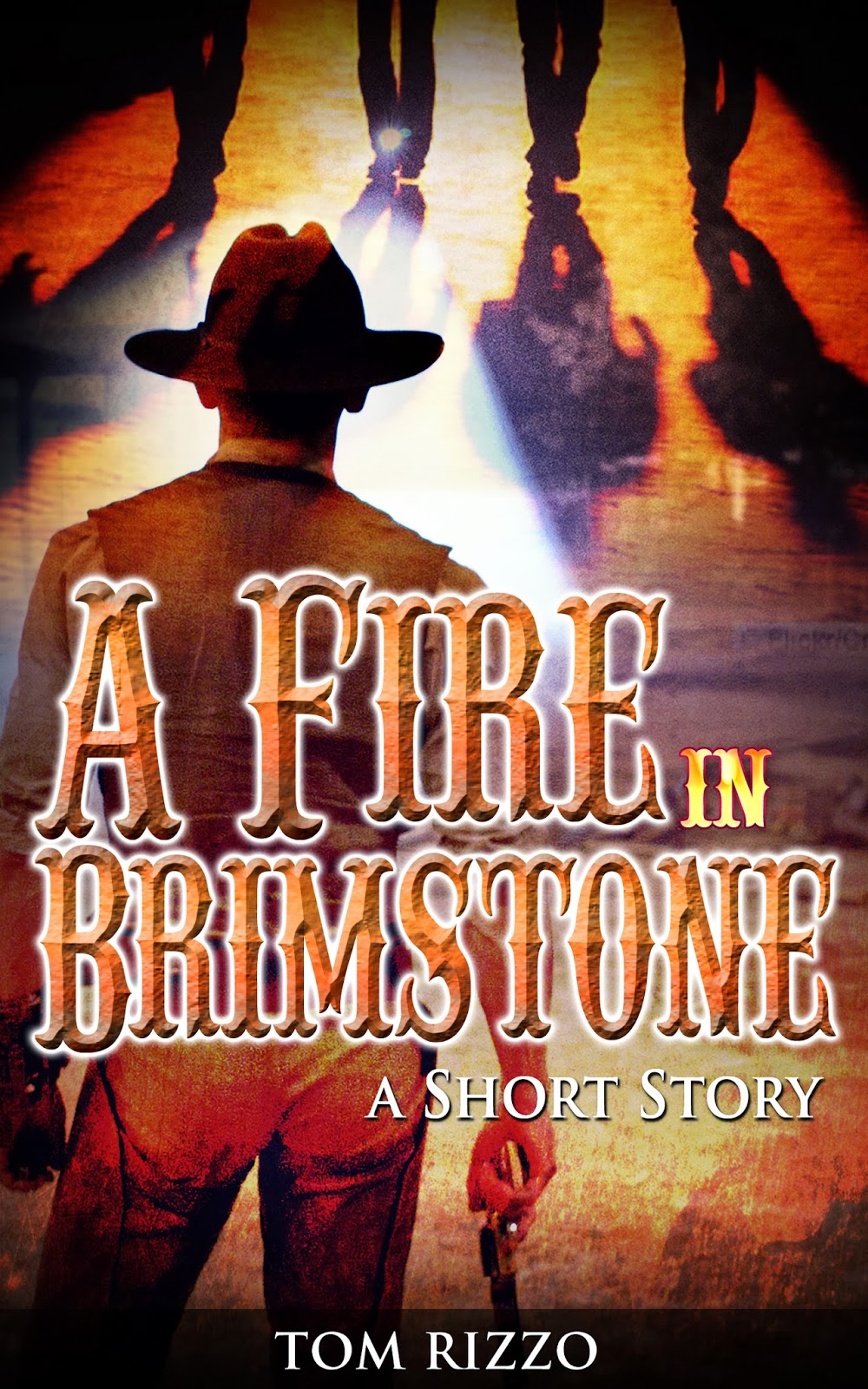 On your blog, you devote significant virtual ink to exposing some of the lesser-known scoundrels of the Old West — outlaws and wannabes alike. In fact, you’ve published a non-fiction book, Heroes & Rogues, containing profiles of some of the not-quite-notorious baddies and their not-quite-famous adversaries. To what do you attribute this fascination with villainy?

I think it goes back to my childhood. When my brothers and the neighborhood kids played so-called cowboys and outlaws, I was the first to volunteer to play the outlaw. They couldn’t understand why. But, I always felt an incredible amount of freedom in such a role. No rules to follow. No warning anyone what you were about to do. No decorum to maintain. The freedom to be devious, sneaky, and hide anywhere you could — as long as you stayed in the neighborhood and didn’t climb into Mr. Quinn’s Bing cherry tree to hide, because Mr. Quinn would shoot you.

It’s fascinating to me how many men wore a badge and then turned outlaw. Or kept the badge and played outlaw anyway. It amazes me how many of them would switch back and forth. Many — or most — of those who did ride the outlaw trail led very short lives, on average.

Wyoming, I think, would be a great place to live. Spacious. Beautiful. I would have been happy to live in a small-but-growing town and run the local newspaper. Newspaper editors, as you know, weren’t worth their salt unless they raised a little hell. And that would be fun, as long as you didn’t have to be fast with a gun.


Find Tom Rizzo online at TomRizzo.com, as well as on Facebook, Twitter, and LinkedIn. His Amazon author page offers a listing of his books.