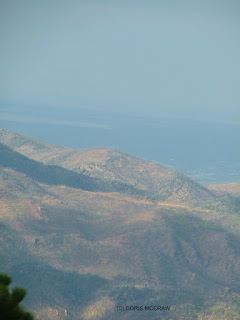 There is a lot in 2020 that reflects back in the history of this country and additionally, March is National Women's History Month. One hundred years ago, women across the country were given back the right to vote. Research from another source pointed out that when the country first started women were included in the voting process, but as time and development occurred, that inclusion was slowly eroded away.

This post will focus on Colorado and three of the women doctors who not only practiced medicine but also put time and effort into winning women the right to vote.

Alida Avery- Born 1833 in Sherburne, NewYork, began teaching school at sixteen. At the age of twenty-four, she began studying to become a physician. She was on the original staff at Vassar, where she taught physiology & hygiene along with being the resident physician. It was said in the nine years she was at the college she did not lose one student to illness. In 1874 at the age of forty, she moved to Denver where she set up a private practice. There is some indication she made around $10,000 a year. While in Denver, in addition to her medical duties, she also was active in working for women's suffrage. Newspaper articles of the time show her as president of the movement and in that capacity, she traveled. After retiring in 1887 at the age of fifty-four, she retired to California and increased her work on behalf of the movement.

Mary Helen Barker Bates - Born 1845 in Hannibal, New York, the daughter of Dr. Ezra Barker. She graduated from medical school in 1873 and spent time in Utah, where family history says she was a physician to Brigham Young's family. In 1878 she and her husband, attorney George Bates moved to Leadville, Colorado where she was probably the only woman doctor in the town at that time. In 1881 the couple moved to Denver, Colorado where Dr. Bates in 1885 joined the staff of the Women's and Children's Hospital in that town. Her husband died in 1886 and she did not remarry. Her career was a stellar one, and in 1893 she along with Dr. Mary Elizabeth Bates worked for the passage of the amendment to the Colorado constitution giving women the right to vote in that state.

Dr. Caroline Spencer - Born in 1861 in Philadelphia, Pennsylvania, she taught history after graduation from the Philadelphia Normal School for girls in 1880. She received her medical degree in 1892 and returned to Colorado where she had visited in 1889 in the hopes of helping cure her bronchitis/asthma. She continued her practice of medicine while working for the national campaign for the passage of what became the 19th amendment. During her work on the national level, she was arrested on a least three different occasions. She was one of five women who stood silently during President Wilson's speech to congress in unfurling a banner from the balcony which read "Mr. President, what will you do for women's suffrage?".

From the beginning of the suffrage movement in Colorado through the passage of the 19th amendment to the constitution of the United States, women doctors have been at the forefront of that fight. In this anniversary year let us not forget them. Two were unmarried, one was, yet they felt it important not only to heal the ill but also better the conditions of women and others.

The stories of these women and the focus of a lot of my non-fiction writing also inspire the women who inhabit my novels and short stories. My latest: "The Outlaw's Letter" and the story 'Duty' in the anthology "Hot Western Nights" from Prairie Rose Publications.