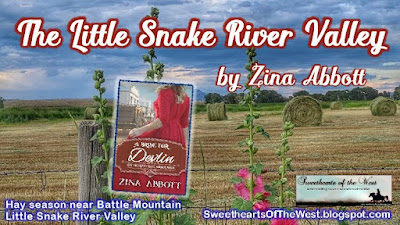 I first heard of Baggs, Wyoming, when my husband went there for a deer hunting trip. He actually has been there twice, both times well over a decade ago. It was in the years before smartphones with cameras, and before I started writing American historical romance. He described the area as remote and full of alfalfa fields that drew deer to the area. I used an image of the “hay” fields in this region for my header. 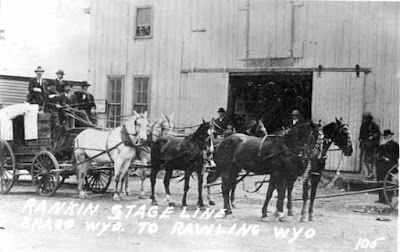 When I researched the Rawlins, Carbon County, Wyoming Territory, area for another of my books, Mail Order Blythe, I came across a reference to the stagecoach service that ran between Rawlins and Baggs. After a little preliminary research which included the Muddy Creek, where Thomas Edison spent time hunting after he watched the 1878 total eclipse in Rawlins, I knew I wanted to set one of my romances in Baggs or, as I quickly figured out, the Little Snake River Valley region. 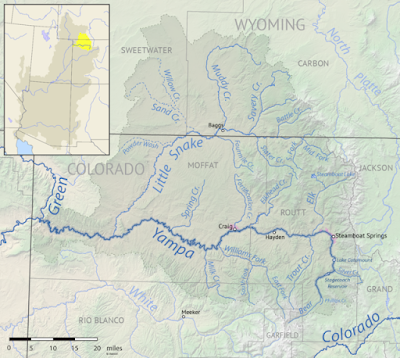 The Little Snake River has its headwaters in Colorado. The river tends to “snake” its way across the Colorado-Wyoming border several times. It is a tributary of the Yampa River which, in turns, flows into Green River south of Brown’s Park.


When I began my research for this novel, I quickly realized there is a dearth of information readily available, particularly for the time in which my novel is set. One source of information was the 1880 census, which was enumerated as Snake River, Carbon County. For the entire valley, it filled about four pages.
Although the Little Snake River Valley has never been highly populated, starting in about the 1870, three small communities developed: Baggs, Dixon, and Savery. I wrote about one of Savery’s more famous residents, Jim Baker, on a different blog. He and his children moved to Savery where he built his log home in 1873. This house is preserved at the Little Snake River Museum. You will find pictures of other historic buildings for this region on that site, also. I used this building and others as inspiration for Devlin’s home. (He is my hero in A Bride for Devlin.) The picture gallery for Baggs may be found HERE.
The town of Dixon, which was incorporated in 1887, was named for Bob Dixon, who, like Jim Baker, was one of the region’s first white trappers. I do not know how long the community existed before it was incorporated. It is known as the sixth oldest town in Wyoming and the second oldest town in Carbon County. However, in my novel I assumed it existed in 1878. Most of the images of Dixon locations and buildings I found, courtesy of the Little Snake River Museum, appeared to date from a later time than the 1870s. I do know there was a sawmill in Dixon.

A stagecoach ran between Dixon and Wamsutta. The only clue I have that this line was established at a time later than my novel was that Wamsutta, a station on the Union Pacific Railroad line, was originally named Washakie. It was formerly a station on the Overland Stagecoach Line. Because of confusion between Washakie, the railroad stop, and Fort Washakie, Washakie’s name was changed to Wamsutta in 1884.

There was a Baggs Mercantile Company which I used in the book, but I suspect the building for which I have a picture is from a later time.

I briefly referred to the 1878 total solar eclipse that could be seen in a narrow corridor that included the high Rocky Mountain regions of Denver, Colorado and Rawlins, Wyoming--some of the few developed areas in the path of totality at that time. A look at the map told me that most of the Little Snake River Valley would also have fallen in the path of totality.

A Bride for Devlin, Book 6 in the series The Sheriff’s Mail Order Bride, is currently on pre-order. It will be released on September 10, 2021. To find the book description and purchase link, please CLICK HERE.