Last month's blog, I wrote about the Morgan horse, the breed my heroine, Laura rode in Trail To Destiny.  This month I'm writing about my favorite horse, the Pinto which Grey Wolf rode in the book. 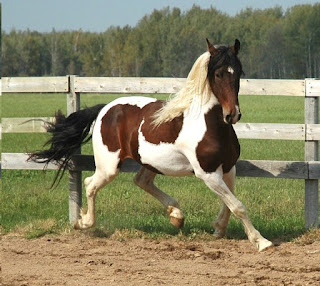 In my books, I consider the hero or heroine's horse as much a secondary character as the people!  Look back on lots of TV and movie westerns and you'll remember the names of so many horses the main characters rode.  One of the first Pintos in movie westerns dates back to the early 1920's with a horse named Fritz owned by William Hart.  He performed with Hart in multiple movies and remained a beloved companion into the actor's retirement. 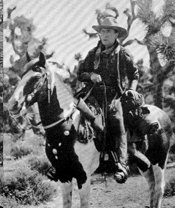 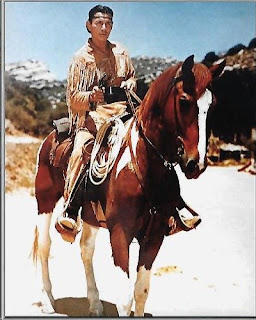 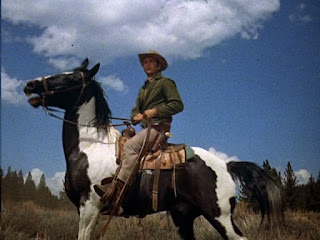 Though commonly associated with the Native American for its legendary magical qualities in battle, the Pinto horse was actually introduced to North America by European explorers, chiefly those from Spain, bringing their Barb stock that had been crossed with native European stock years before. It is believed that the Pinto patterns may have arrived in Europe via the Arabian strains, as Pinto markings appear in ancient art throughout the Middle East. However, evidence of the more dominant Tobiano pattern among the wild horses of the Russian Steppes suggests the introduction of Pinto coloring to Europe possibly as early as during the Roman Empire. 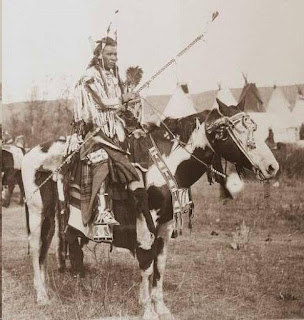 After the arrival of these European horses, great wild herds infused with the flashy color patterns we know today began to develop across America, eventually to be domesticated by the Native American. The white man continued to import many of the well-established and stylish European breeds as his foundation stock. Over time, however, with the civilization of the Native American and the white man's migration to the frontier, it often became necessary to cross these fancy, but less suitable breeds of the Eastern seaboard with the wild mustang stock to increase size and attractiveness as well as availability of a horse better suited to the strenuous working conditions of the day. This Western-bred horse became a fixture of America, especially the uniquely marked Pinto whose colorful presence in parades and films always added a little extra glamour.

What are the Pinto patterns and how do they differ? There are two recognized Pinto color patterns:

1) TOBIANO (Toe-bee-ah'-no) appears to be white with large spots of color, often overlapping on animals with a greater percentage of color than white. Spots of color typically originate from the head, chest, flank, and buttock, often including the tail. Legs are generally white, giving the appearance of a white horse with large or flowing spots of color. Generally, the white crosses the center of the back or topline of the horse. It is considered necessary to have a Tobiano parent to achieve a Tobiano foal. 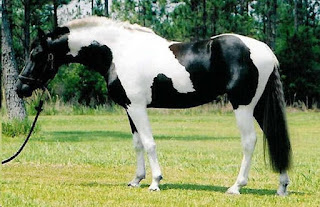 2) OVERO(O-vair'-o) appears to be a colored horse with jagged white markings usually originating on the animal's side or belly, spreading toward the neck, tail, legs, and back. The color appears to frame the white spots. Thus, an Overo often has a dark tail, mane, legs, and backline. Bald or white faces often accompany the Overo pattern. Some Overos show white legs along with splashy white markings, seemingly comprised of round, lacy white spots. White almost never crosses the back or topline. A horse of Pinto coloration descendant from two solid colored parents of another typically solid colored pure breed is called a "crop-out" and is of the Overo pattern. 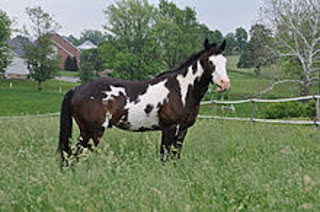 The Pinto Horse Association of America was formed in 1956 although the bloodlines of many Pintos trace three or four generations before that date. Choice, versatility and achievement for the breed that offers something for everyone is what the Pinto Horse Association has to offer.
The Pinto horse is a color breed in contrast to most other breeds which are defined by their genetic ancestry. In America, the Pinto is regarded as a proper breed. The Pinto coloration may occur in any breed or specific conformation. However, the Pinto Horse Association of America does not accept horses with Appaloosa, Draft, or mule breeding or characteristics. In the American west, the Pinto has traditionally been regarded as a horse the American Indian favored as a war horse since its coloring provided a natural camouflage. 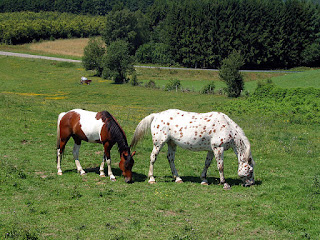 This photograph shows the difference between a Pinto
horse (left) and a leopard-spotted Appaloosa (right).

What is the difference between Pintos and Paints? Of the questions posed to the PtHA, this is invariably the most frequently asked.  The short answer is the Paint Horse (registered by the APHA) is limited to horses of documented and registered Paint, Quarter Horse or Thoroughbred breeding.

I could go into more depth about the various Pinto colors, markings and categories, but anyone interested can learn more about these beautiful horses through the Pinto Horse Association of America (PtHA).

I learned a lot about Pintos as well as all types of horses for that matter, when my husband and I visited the Kentucky Horse Park in Lexington, KY.  We rode up there on our "steel horse," a Harley-Davidson Screamin' Eagle motorcycle.  They call that area the "Horse Capitol of the World," although believe it or not, Ocala, Florida staunchly contends it is.  But I tell you this, we rode over the most beautiful country roads, passing by unbelievably picturesque horse farms with their herds of horses grazing on that Kentucky Blue Grass!  I highly recommend visiting the state and in particular, taking a tour of the Horse Park and surrounding areas including Churchill Downs, the Keeneland Race Track and the Kentucky Bourbon Trail.  Yep, wouldn't have been complete if we didn't visit a couple of those Bourbon distilleries including a few tastings!

Happy trails and hope you'll visit my website at www.cherikayclifton.com