Among the many books about the Old West in my personal library, I have a big, heavy tome titled The American West, The Pictorial Epic of a Continent. Written by Lucius Beebe and Charles Clegg and originally published in 1955, this book is a treasury of facts and legends of the American West. It includes over 1,000 black and white illustrations.


While paging through the giant compendium, I came across a section on “Dudes.” According to the authors, softies from the eastern half of the continent and Englishmen with foreign accents and tall hats swarmed into the West from the earliest days of westward exploration. So many English dudes settled in that it became known as “Little Lunnon” (.) 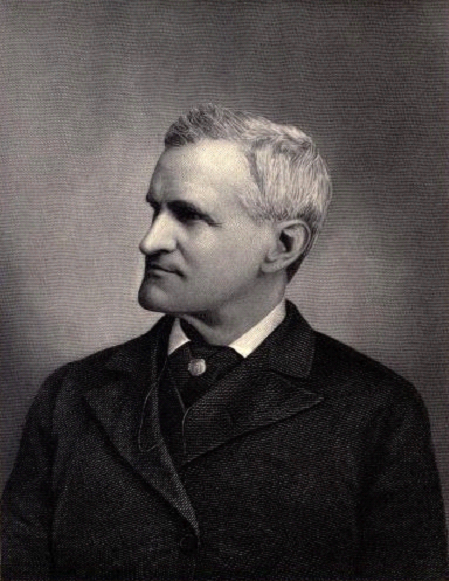 One dude who ventured west was Francis Parkman,”who doubted he would survive it and barely did.” The son of a clergyman, young Francis developed a love of wild areas, forests in particular, while living with his grandfather in an unsettled part of . After graduating from and law school, Parkman traveled west for the first time, spending several weeks living with the Sioux Indians. This experience evidently left him with an unfavorable view of Native Americans, which colors much of his historical writings. 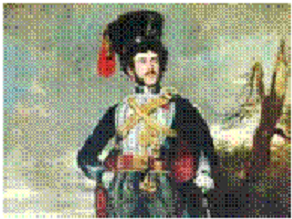 An English dude of the early frontier was Sir William Drummond Stewart. Between 1834 and 1843, Stewart made six overland trips from to the annual fur traders rendezvous in the Green River area of . His extensive entourage included artist Alfred Jacob Miller, who he retained to paint pictures of the American West to be hung in Stewart’s in . 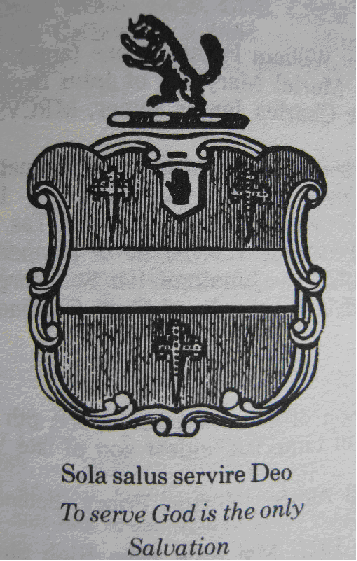 Another adventurer was Irish sportsman Sir St. George Gore. Dubbed “The Noblest Roamer of Them All’’ by one author, Gore once made an offer to the United States to hire a private army to exterminate the Indians. (Not so noble in my opinion!) He also mounted the greatest 19th century safari into the West. His heavily armed party left in 1854, employing twenty-one two-horse red cherettes, a personal carriage and a number of express wagons, oxcarts and freighting wagons. Each night, his brass bed and iron washstand were set up in a large green and white striped tent.


Gore’s hunting expedition cost more than $500,000 and lasted three years. He traversed 6,000 miles of the mostly unexplored west, bagging 2,500 buffalo, 1,600 elk and 125 bears. When he had finally done enough killing, Gore offered to sell all of his equipment to the American Fur Company at . However, the company’s factor tried to cheat him on the price. As a result, Gore built a huge bonfire, burning his wagons and boats in full sight of the fort. Today, ’s , and memorialize the big-spending eighth baronet of Manor Gore.

Less well remembered is the debonair Frenchman, Marquis de Morès, who came to Little Missouri, in 1883. De Morès founded a neighboring town, Medora, named for his wife, purchased 44,500 acres of land and began ranching. He also opened a stagecoach business. He named his house the "Chateau de Morès"; it is preserved in Medora as a historic site.

The Marquis and his wife set up housekeeping with a French chef, butler and housemaids. Four years later, their homestead was wiped out by the terrible blizzard of 1887, and the De Morès went home to . A bronze statue of the Marquis in full cowboy regalia stands on the main street of Medora.

Now, from Dashing Irish, here's a peak at my version of a dude. 
“Consarned critter! Why’d you have to go and get stuck in there?” Lil Crawford muttered. She tugged harder on her rope in an effort to pull the bawling calf from the mud wallow it had wandered into. No luck. The animal was mired nearly up to his shoulders in thick clay gumbo. No matter how hard she pulled, she wasn’t going to get him out.


Nearby, standing beside the creek that had carved out the treacherous wallow along the bank, the calf’s mamma lowed plaintively as if blaming Lil for her baby’s predicament. Sending her a baleful glare, Lil said, “It’s not my fault. You should’ve dropped him in the spring like you’re supposed to ’stead of in the middle of summer. Then maybe he’d be big enough to climb out of this dang mud.”


Arms crossed, she studied the situation. She considered letting Major, her buckskin gelding, drag the calf out but feared injuring the little mite, possibly even breaking his neck. She sighed in disgust. There was no help for it; she’d have to get down in the mud and wrestle the calf out. It was either that or leave him there to die a slow, miserable death.


Dropping to the ground, she tugged off her boots and socks. She set them near the edge of the wallow, then rose, unbuckled her gun belt and laid it atop her footgear, where she could reach her six-shooter if need be. Her hat joined the pile for good measure.


Lil took a deep breath, set her teeth and stepped into the wallow, cringing as she sank up to her knees in the gooey muck. It squished between her toes and clung to her legs, plastering her britches to her skin. It also stank of rotting grass and other things she’d as soon not name.


Crooning softly to the frightened calf, she wrapped her arms around his middle, coating her hands, arms and shirt with mud in the process. She braced herself, preparing to wrestle the animal free.


A man’s deep-throated laugh caught her off guard. Jolted by the sound, she cried out in surprise and struggled to turn around, fighting the mud that imprisoned her legs. Once she succeeded, she stared, slack-jawed, at the stranger grinning at her from atop the most broken down nag she’d ever laid eyes on. The dude himself was a sight to behold. Togged out in a funny checked suit, with a derby hat atop jet-black hair, he made her lips twitch. However, her humor fled when she met his eyes. Brilliant blue, they shot sparks of light, brighter than the toothy grin splitting his handsome face.


“Sure’n I must be dreaming,” he said in a lilting Irish brogue. “Or are ye truly a lovely faery maid sent to enchant me?”


His foolish question broke Lil’s frozen stare and roused her anger. She knew she was far from lovely, and right now she was covered with nasty muck besides. “Mister, I’m no fairy and I don’t take kindly to strangers who ride up on me with no warning. So you can just turn that bag of bones around and git. Right now!”


“Ah, colleen, will ye not grant this poor beggar a few moments of your company? ’Twould be my pleasure to help ye with the wee animal if ye like.”


She snorted at his offer. “No thanks. I can get him out by myself. ’Sides, you wouldn’t want to muddy up your fancy suit, would you?” she drawled with a smirk.


He looked down at himself and grimaced. “I take it ye don’t care for my fine attire.” Fine came out sounding like foin. “Well, you’re not the first. A layer of mud might not be such a bad thing, eh? With that in mind, will ye not reconsider and allow me to lend ye a hand?” He gave another roguish grin and splayed a hand over his heart. “In truth, your beauty so captivates me that I fear I cannot turn away.”


Lil bristled at his absurd comment. Certain he was making fun of her now, for her beauty would never captivate any man, she narrowed her eyes. She’d teach him, by criminy!


Without a word, she plowed through the mud over to where her belongings lay piled. She hastily wiped the worst of the mud from her hands onto the grassy embankment, then reached under her hat and drew her Colt. Coldly calm now, she turned to face the impudent stranger. It pleased her to see how fast he sobered with a gun aimed between his eyes.


“This is Double C land, mister. You’re trespassing. I could shoot you dead and nobody’d blame me. So unless you want a hole in your head bigger than your mouth, you’d best get moving.”


Sighing, he crooked his lips. “As ye wish.” He tipped his hat to her, clumsily reined his horse around and started to leave, but then he pulled up and glanced at her over his shoulder. He held up his hands when she cocked her gun. “I’m going, colleen, never fear. But first, could ye be directing me to the place, by any chance?”


Lil stared at him for a moment while questions raced through her head. Normally, she didn’t poke her nose into other folks’ business, but in this case . . . . “What do you want at the River T?” she demanded.


He frowned testily. “I mean no harm, if that’s what you’re thinking. I’m merely trying to find my sister. She’s wed to David Taylor. D’ye know him?”


“I know them all right,” she gritted. She should’ve guessed who he was from his damned Irish accent and those blue eyes that were so much like his sister’s. The two looked a lot alike in other ways, too, except Jessie’s hair was dark red instead of black. And he was handsome, not beautiful.


Fiddlesticks! She didn’t care what he looked like. And she didn’t cotton to the way he was staring at her now, as if he was trying to see inside her head. It gave her an uneasy feeling. She wanted him gone. If giving him directions would get rid of him, so much the better.


“Follow the creek. It’ll take you to their place,” she snapped, jerking her head in the downstream direction. “Now leave before my trigger finger slips. On purpose.”


He blinked and seemed to come back to himself. “I thank ye for your kind assistance, milady,” he said mockingly. Facing forward, he kicked his sorry mount into a stiff-legged trot and headed down the creek, bouncing in his saddle.


Watching him, Lil snickered. He was a greenhorn if there ever was one, and he was going to be mighty sore tonight. She waited until he was well out of sight before laying her gun aside and returning her attention to the mired calf.

To find out what happens to the dude and the feisty Texas cowgirl, you can purchase Dashing Irish on these sites: