THIS DAY IN HISTORY By Cheri Kay Clifton 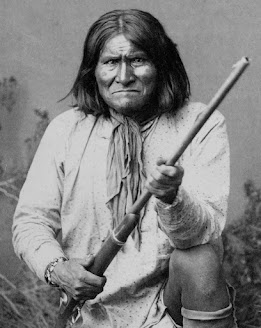 For 30 years, the Native American warrior had battled to protect his tribe’s homeland, but by 1886 the Apaches were exhausted and hopelessly outnumbered. General Nelson Miles accepted Geronimo’s surrender, making him the last Native American warrior to formally give in to U.S. forces and signaling the end of the Indian Wars in the Southwest.

Geronimo was born in 1829; his boyhood name was Goyahkla, which meant “The one who yawns,” but as a young man he earned the moniker “Geronimo” after distinguishing himself in Apache raids against the Mexicans. The source of the name remains the subject of debate. Some historians believed it arose from frightened Mexican soldiers invoking the Catholic St. Jerome when facing the warrior in battle, while others argue that it was simply a Mexican nickname or a mispronunciation of “Goyahkla.”

Geronimo grew up in what is now Arizona and Mexico. His tribe, the Chiricahua Apaches, clashed with non-Native settlers trying to take their land. In 1858, Geronimo’s mother, wife and three young children were murdered by Mexicans. Seeking revenge, he later led raids against Mexican and American settlers.

In 1874, the U.S. government forced Geronimo and his people from their land to a reservation in east-central Arizona. Conditions on the reservation were restrictive and harsh and Geronimo and some of his followers escaped.

Over the next decade, they battled federal troops and raided white settlements. During this time, Geronimo and his supporters were forced back onto the reservation several times. In 1885, Geronimo and his followers fled one last time. They were pursued into Mexico by 5,000 U.S. troops. In March 1886, General George Crook forced Geronimo to surrender; again, he escaped and continued his raids. General Nelson Miles (1839–1925) then took over the pursuit of Geronimo and forced him to surrender near Fort Bowie along the Arizona-New Mexico border. 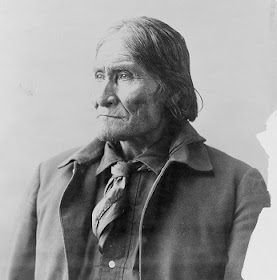 He and a band of Apaches were sent to Florida and then Alabama, eventually ending up at the Comanche and Kiowa reservation near Fort Sill, Oklahoma Territory. There, he became a successful farmer and converted to Christianity.

When the Apaches were transferred from Alabama to Fort Sill, Oklahoma, in 1896, Geronimo had been a prisoner of war for ten years. It was during this period that Goyahkla and his brand name, Geronimo, really started to become more well known. 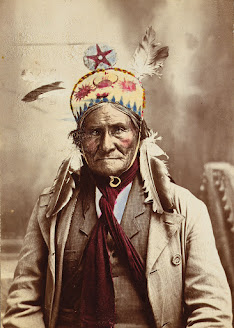 In 1904, Geronimo was invited to the Louisiana Purchase Exposition held in St. Louis. He was offered a dollar a day, but settled on $100 a month. He stayed at the fair for six months.

He was accompanied everywhere by two armed soldiers, who stood on either side of him. The effect created the aura that the warrior was still dangerous, even though he was 75 years old. Geronimo said, “I’m glad I went to the Fair. I saw many interesting things and learned much of the white people. They are a very kind and peaceful people. During all the time I was at the Fair no one tried to harm me in any way. Had this been among the Mexicans I am sure I should have been compelled to defend myself often.”

He participated in President Theodore Roosevelt’s inaugural parade in 1905. 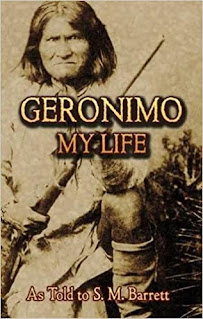 In 1906, the Apache leader dictated his autobiography. He told his story through a native interpreter to S. M. Barrett, an Oklahoma school superintendent. Barrett explains in his introduction, "I wrote to President Roosevelt that here was an old Indian who had been held a prisoner of war for twenty years and had never been given a chance to tell his side of the story, and asked that Geronimo be granted permission to tell for publication, in his own way, the story of his life."

This remarkable testament is the result. It begins with Geronimo's retelling of an Apache creation myth and his descriptions of his youth and family. He explains his military tactics as well as traditional practices, including hunting and religious rituals, and reflects upon his hope for the survival of his people and their culture.

Geronimo died of pneumonia at Fort Sill, Oklahoma on February 17, 1909 and is buried in Beef Creek Apache Cemetery in Fort Sill. 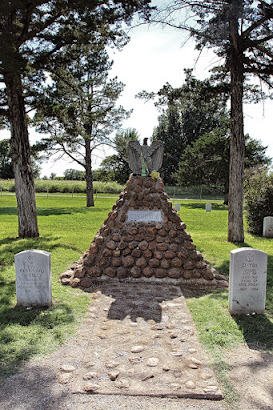 Geronimo had at least 10 wives (some historians say 12) and 7 children.

Pictured with him are his last wife, Zi-yeh and their daughter, Eva.

Here's my latest release of Book 3 of the Wheels of Destiny Trilogy, Yesteryear's Destiny, which is a historical western time-travel story that continues the Herrington family saga. 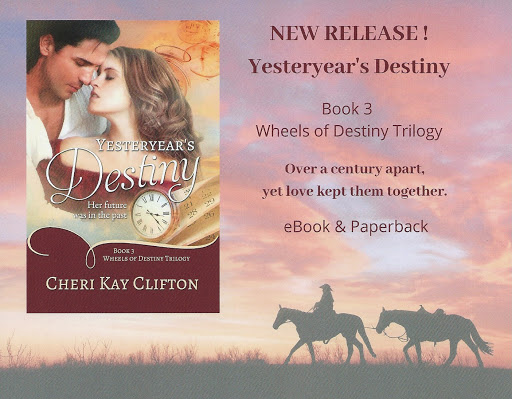