As we wish our family and friends a Happy 2020, I thought it would be interesting to look back on everyday life in 1820. Like many of our Sweethearts, as an American historical western author, I’ve researched a plethora of facts and information about lifestyles in 19th Century.

Some might say their simpler life could be envied compared to our fast-paced, technical-driven, media-saturated world of today. Still, in 1820, life, though slower, was much harder. Below are a few brief reminders of what American home life was like back then.

In many of the regions of the country, especially on the frontier, folks lived in a one-room cabin with dirt floor, fireplace for warmth and cooking, homemade pinewood table and chairs, straw mattresses, and candles for lighting. Not until later in the 1820’s did some have the luxury of cast iron cookstoves.

Housewives preserved foods by drying, salting and smoking. It wasn’t until the 1860’s that home canning came into use. A tin smith from New York by the name of John L. Mason invented a glass jar with a threaded lip and a reusable metal lid – the Mason Jar. Ice boxes didn’t enter kitchens until mid-1800’s. 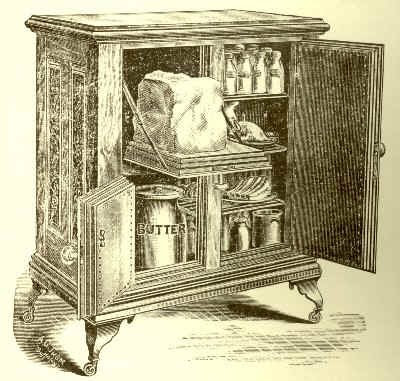 Common pastries like oatmeal cookies, crackers, gingerbread, apple, cherry & pumpkin pies and even doughnuts were eaten throughout the 19th century. Drinking tea was preferred over coffee until after the Civil War.

Local saloons and taverns offered all kinds of alcohol. Hard cider was a favorite in the North, while corn liquor was favored in the South. Cocktails were offered at social gatherings and in some homes. However, men imbibed far more often than women.

Electricity came late in the century, as did telephones. Without electricity, women did all their chores by hand … the cooking, the cleaning, the washing, and the sewing. Until the 1840’s, when clothing became more available in stores, Americans wore hand sewn clothes.

With no built-in bathtubs until the second half of the century, the typical family used a round, wooden or tin tub filled with hot water from the fireplace. All their water was hauled or pumped from a cistern or well. Toothbrushes became available in country stores by the 1820’s, though few used or realized their importance. 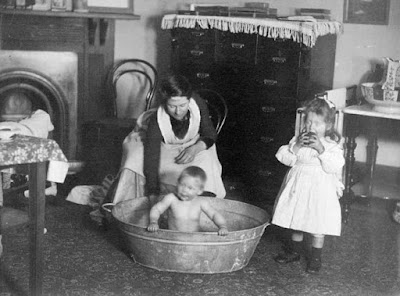 As far as filling their leisure time, the entertainment and amusements we take for granted today wasn’t in their world yet. No televisions, no radios, no stereos. No bicycles, no baseball, no basketball, no golf, no tennis, no football yet. But they enjoyed such games as cards, checkers, chess and billiards and sports like bowling and horse racing. Children played with homemade dolls, blocks and other simple toys.

Music, singing and musical instruments provided entertainment in churches, taverns and at home. Fiddles and violins were most frequent at socials and dances. Harmonicas and banjos were often enjoyed. The piano was owned by a few in the middle class and their youth were taught how to play from 1800 on.

On New Year’s Day, 1818, the 3-volume novel, Frankenstein, by Mary Shelley was published; the next year Rip Van Wrinkle by Washington Irving. The popular classics by James Fenimore Cooper, Leatherstocking Tales and The Last of the Mohicans would be published in 1823 & 1826. 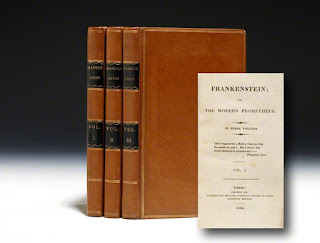 Saturday Evening Post first appeared on August 4, 1821, making it the oldest magazine in U.S. history. Not until 1830 was Godey’s Lady Book published, becoming one of the most popular women’s magazines.

It’s hard not to compare our way of life with all the inventions and technical luxuries we have now to living without them in 19th Century America. But I would imagine folks in 1820 were content with their everyday life. After all, “they wouldn’t miss what they never had.”

Come visit me at my web site, CheriKayClifton.com 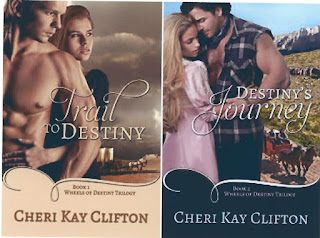