Right now I am writing Grace's Gift, which takes place in Denver in 1875. Progress on this story has been slow because of the holiday season as well as having to research the area, but I believe I can finish in time to release it on January 11th. I've learned a lot while researching the beginnings of this great city. Did you know that Denver began as a mining town and, like Chicago and San Francisco, it suffered a great fire that destroyed nearly everything? Afterward, no one was allowed to build houses out of wood. Denver also suffered not one, but two, floods in its early years. Honestly, this place could have easily been swept off the map had not so many people poured into its fertile land from 1865 to 1890. And the mining had long since dried up during that time. What were they all coming for? Other opportunities like land purchases and retail, from what I've read. (And probably to get away from unwanted suitors or family members, though there aren't so many documented cases of this.) Quite a contrast from the crowded streets and cities back east.

I don't have much to share about this story yet, as I've struggled to write it, but look for it on January 11th, and I want to wish you a Happy New Year. I hope 2022 is everything that you want it to be! 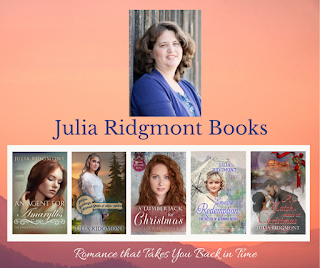