THE HEROINE'S NAME by CHERYL PIERSON 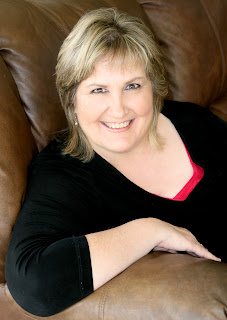 For some reason, choosing the name of the heroine of a story is hard for me—much harder than naming the hero. I’m wondering if it’s because, as women, we give more thought to what we find attractive in a man (naturally!) Even if he’s “Hunk of the Week,” if his name doesn’t appeal to us, it’s hard to think of him romantically. This is true not only in my writing, but in my reading. If the names don't fit, I have to mentally substitute another one to take the place of what the author has decided on.

I think as we write, we are seeing our heroines from a different perspective. They are…us. So, naming them might not be as important in our minds, since secretly, we are them. (No, we can’t use our own name!)

The various heroines of our stories, while different in some respects, still retain qualities of ourselves that we’ve endowed them with. If you look at the heroines you’ve created, though they come from different places and circumstances and have different views of the world, there are some basic things about them that don’t change--even from different time periods.

There are at least three basic considerations for naming our heroines, apart from the obvious ones.(time period, setting, etc.)

The first one is, understanding the heroine and her motives.

Let’s look a minute at how a part of ourselves creep into our heroines’ lives, no matter what sub-genre we write. I always think of two examples that stand out in my own life experience that are easy to show.

Growing up in the 1960’s, women had three basic career opportunities: teacher, secretary, nurse. Those limitations didn’t matter, because I wanted to be a nurse ever since I could recall. But because my parents discouraged me from that field, I never pursued it—except in my writing.

At some point, in every story I write, that aspect of myself comes through in my heroine. There is always a need for her to use her nursing skills, and it’s usually to take care of the wounded hero. (In a Cheryl Pierson story, the hero will always be hurt somewhere along the way. Much like the guys with the red shirts on Star Trek know they won't be beaming back to the Enterprise from the planet’s surface, my heroes always have to figure they’re going to need some kind of medical care to survive my story.)

Another consideration is, that we must like the heroine.

She is us! Have you ever started writing a story after carefully picking names for your hero and heroine, only to discover you really don’t like the character herself; or maybe, when you write the name of the character, you feel your lip starting to curl? Is it the name itself you don’t like after repetitive use, or is it the character you’ve created? Either way, there’s a problem. Stop and consider exactly what it is about that character/name you have started to dislike. Remember, the heroine is part of you. If you’re hitting a rough spot in real life, it could be you are injecting some of those qualities into your character unwittingly. There may be nothing wrong with the name you’ve selected…it could just be your heroine has taken an unforeseen character turn that you aren’t crazy about.

Being a child of an alcoholic father, I do not like surprises. I want to know that things will be steady, stable and secure. But what can be certain in a tale of romance? Nothing! Just as the hero of my stories is going to be physically in jeopardy at some point, the heroine will always have to make a decision— a very hard decision—as to whether she will give up everything that she’s built her life around for the hero. Will she take a chance on love? In the end, of course, it’s always worth the gamble. But, because I am not a risk-taker in real life, my heroines carry that part of me, for the most part, with them—until they have to make a hard choice as to whether or not to risk everything for the love of the hero.

The third consideration is that we have to give her a name that reflects her inner strengths but shows her softer side.

This is not a dilemma for male characters. We don’t want to see a soft side—at least, not in this naming respect.

I try to find a name for my heroines that can be shortened to a pet name or nickname by the hero. (Very handy when trying to show the closeness between them, especially during those more intimate times.)

I always laugh when I think about having this conversation with another writer friend of mine, Helen Polaski. She and I were talking one day about this naming of characters, and I used the example of one of my favorite romances of all time, “Stormfire” by Christine Monson. The heroine’s name is Catherine, but the hero, at one point, calls her “Kitten.” Later, he calls her “Kit”—which I absolutely love, because I knew, even though “Kit” was short for Catherine, that he and I both were thinking of the time he’d called her “Kitten”—and so was she! Was “Kit” a short version of Catherine for him, or was he always thinking of her now as “Kitten”? Helen, with her dry northern humor, replied, “Well, I guess I’m out of luck with my name. The hero would be saying, ‘Oh, Hel…’”

One final thought to weigh is the way your characters’ names go together; the way they sound and “fit.” Does the heroine’s name work well not only with the hero’s first name, but his last name, too? In most cases, eventually his last name will become hers. Last names are a ‘whole ’nother’ blog! 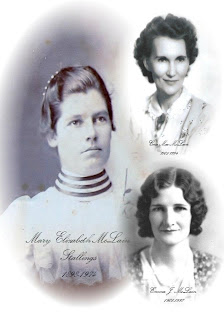 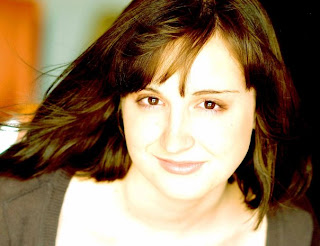 >
(My daughter Jessica, taken a couple of years ago)

Twenty-eight years later, in 2008, there seemed to be a resurgence toward the “older” names: Emma, which was completely out of the top twenty in 1980, had resurfaced and taken the #1 spot, higher than it had been in 1880. The others, in order, are: Isabella, Emily, Madison, Ava, Olivia, Sophia, Abigail, Elizabeth (9), and Chloe. Sarah was #20, being the only other name besides Elizabeth that remained in the top twenty on all three charts.

If you write historicals, these charts are great to use for minor and secondary characters as well. If you’ve chosen a name for your heroine that’s a bit unusual, you can surround her with “ordinary” characters to provide the flavor of the time period, while enhancing her uniqueness. 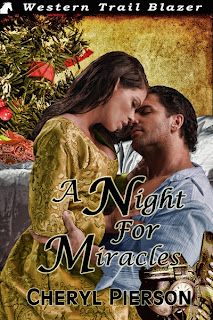 Names can also send “subliminal” messages to your reader. I wrote my short story, “A NIGHT FOR MIRACLES,” about a couple that meet under odd circumstances and experience their own miracle on Christmas Eve. Halfway through the story, I realized what I’d done and the significance of the characters’ names--Nick and Angela (Angel, he calls her).

What do you think? How do you choose your names for your female characters? What are your favorites?

In this excerpt, widow Angela Bentley has taken in a wounded stranger and the three children who are with him on a cold, snowy night. Here’s what happens:

FROM “A NIGHT FOR MIRACLES”:

Angela placed the whiskey-damp cloth against the jagged wound. The man flinched, but held himself hard against the pain. Finally, he opened his eyes. She looked into his sun-bronzed face, his deep blue gaze burning with a startling, compelling intensity as he watched her. He moistened his lips, reminding Angela that she should give him a drink. She laid the cloth in a bowl and turned to pour the water into the cup she’d brought.

He spoke first. “What…what’s your name?” His voice was raspy with pain, but held an underlying tone of gentleness. As if he were apologizing for putting her to this trouble, she thought. The sound of it comforted her. She didn’t know why, and she didn’t want to think about it. He’d be leaving soon.

“Angela.” She lifted his head and gently pressed the metal cup to his lips. “Angela Bentley.”
He took two deep swallows of the water. “Angel,” he said, as she drew the cup away and set it on the nightstand. “It fits.”

She looked down, unsure of the compliment and suddenly nervous. She walked to the low oak chest to retrieve the bandaging and dishpan. “And you are…”

“Nick Dalton, ma’am.” His eyes slid shut as she whirled to face him. A cynical smile touched his lips. “I see…you’ve heard of me.”

A killer. A gunfighter. A ruthless mercenary. What was he doing with these children? She’d heard of him, all right, bits and pieces, whispers at the back fence. Gossip, mainly. And the stories consisted of such variation there was no telling what was true and what wasn’t.

He met her challenging stare. “I mean you no harm.”

She remained silent, and he closed his eyes once more. His hands rested on the edge of the sheet, and Angela noticed the traces of blood on his left thumb and index finger. He’d tried to stem the blood flow from his right side as he rode. “I’m only human, it seems, after all,” he muttered huskily. “Not a legend tonight. Just a man.”

He was too badly injured to be a threat, and somehow, looking into his face, she found herself trusting him despite his fearsome reputation. She kept her expression blank and approached the bed with the dishpan and the bandaging tucked beneath her arm. She fought off the wave of compassion that threatened to engulf her. It was too dangerous. When she spoke, her tone was curt. “A soldier of fortune, from what I hear.”

He gave a faint smile. “Things aren’t always what they seem, Miss Bentley.”