A Little About Me

Hello from the Great Smoky Mountains. No, I don’t live in this wonderful spot on Earth, but I am visiting it. As many of you may know, I am a big fan of Brenda Novak’s Auction for Diabetes Research. Well, last year, I won an auction for a week’s stay in Pigeon Forge, TN.  And this is the week I’m taking the vacation with one of daughters and two of my grandchildren.  So far, we are having a wonderful time. 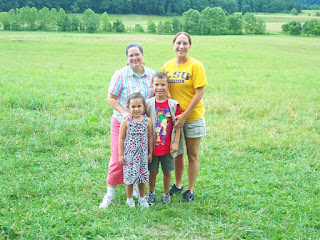 Right now, I live outside Houston, TX.  Having been an Air Force brat growing up and then moving around a bit after marrying I have lived in 8 states: Kansas, California, North Caroline, Texas, New Mexico, Colorado, Louisiana, and West Virginia. I lived in Texas, New Mexico and Louisiana twice. I also lived on Guam and was an exchange student to Finland while in high school.  Unlike some people, I enjoy moving and traveling. I like meeting new people and seeing new places.

I have written or told stories as far back as I can remember. My first novel was written while I was still in high school and my first romance in my early twenties.  I sent a novel into Harlequin, who rejected it. I mean, who knew you needed an agent, a synopsis or even a query letter?

Since I was a mother by this time, I gave up writing for a few years to be a mother and wife.  In about 2002, I took up writing again and wrote two novels in 6 months. Then I took a creative writing class at the local junior college and learned I knew nothing about how to write, including formatting.  My teacher for that class told me to check out Romance Writers of America and I joined the organization, as well as a local Houston writer’s group, Bay Area Writer’s League.

I was first published in an anthology BAWL put out.  That short story was revamped a few years later as A COWBOY’S DREAM for The Wild Rose Press. But, I’m getting a little ahead of myself. 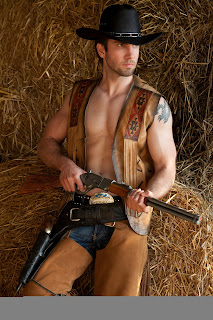 After working on several novels, I tried my hand at short stories and found I like writing them. I hooked up with one publisher where I had four stories published in various anthologies. Unfortunately, I had a problem with the way I was being treated by the co-publisher and decided to leave them.  At this point, I was still interested in writing Regency historicals, though none of my currently published works was of that time period.

Then a friend told me about The Wild Rose Press, who at that time was looking for Christmas stories set in the west.  I sat down and wrote a short story in four days and sent it in. THE PERFECT GIFT came out a few short months later and I was hooked on cowboys!  Since then, I’ve published three other stories with The Wild Rose Press, the other two being SALVATION BRIDE and A GIFT BEYOND MEASURE. The third is the already mentioned A COWBOY’S DREAM.

For the past year I have not done much writing. Life got in the way, but I do plan to take up my life-long passion again soon.  In the meantime, I am enjoying life with my husband of 25 years, my two daughters, Tiffany and Holly and my three grandchildren, Emma, Ethan, and Lacey.

And I’ve decided to live by the saying: Never let your memories be greater than your dreams. ~Doug Ivester