A CHRISTMAS COLLECTION--STORIES FOR CHRISTMAS! 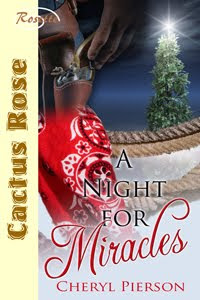 I am so excited to share with you that I just had three holiday short stories released through Victory Tales Press last week! As you all know, I normally write historical western romance, and two of these stories are just that. The third is a contemporary story, and I would like to tell you a bit about all of them.

HOMECOMING is a story I had written about a year ago. I knew it was very odd, and probably had no chance of “making it” in the romance market, especially with the larger houses. I don’t want to give anything away, so I will just have to be content to say that it has a very odd twist to it, a bit of the paranormal, and is a very different kind of story. It appears in the Sweet edition of A CHRISTMAS COLLECTION. Darn it, I wish I could tell you more because this is one of my favorite stories, but I’m afraid I’ll say too much! I’m in this collection with four other wonderful authors. Here’s the blurb for HOMECOMING, a story of
forgiveness and faith at Christmas:

A holiday skirmish sends Union officer Jack Durham on an unlikely mission for a dying Confederate soldier–his enemy. While thinking of the losses he’s suffered, can Jack remember what it means to be fully human? Will the miracle of Christmas be able to heal his heart in the face of what awaits him?

My story in the Sensual edition of A CHRISTMAS COLLECTION is called SCARLET RIBBONS. For as long as I can remember, the song of the same title has been part of my life. I grew up in the 60’s/70’s and folk music was a staple in my home. This poignant song, made popular by Harry Belafonte, tells the story of a man who hears his child praying for Scarlet Ribbons for her hair. It’s late, and the streets are empty, with no place to get the Scarlet Ribbons. During the night, the father anguishes over not being able to get such a simple gift for his daughter. In the morning, just before dawn, he goes into her bedroom and there on the bed are two beautiful scarlet ribbons for her hair. If you have never heard the song, it’s well worth a listen or ten–I promise it will touch your heart (I can never listen to it without crying like a big third grader.)

My story of SCARLET RIBBONS is about a half-breed gunslinger who comes back to Mexico after many years to several surprises. There is, again, a hint of the paranormal in this story. I was so happy to be able to place it with Victory Tales Press, as it is quite different. But this was a story I had had in mind for a long time. Here’s the blurb:

Miguel Rivera is known as El Diablo, The Devil. Men avoid meeting his eyes in fear of his gun. Persuaded by a street vendor, he makes a foolish holiday purchase–two scarlet ribbons. Can a meeting with a mysterious priest, and the miracle of the scarlet ribbons set Miguel on a new path and restore the love he lost before? My contemporary story, WHITE CHRISTMAS, appears in the Spicy edition of A CHRISTMAS COLLECTION along with three other wonderful authors. I think my idea for this story stemmed from the many hospital visits I have made with my sister this year, and talking with so many wonderful ER nurses and doctors. What happens with their holidays? And what about first responders–fire fighters and police officers? In my story, I took a lonely divorced ER nurse who hasn’t had a proper Christmas in many years, and a long-single fire fighter who has lost everything dear to him and threw them together for Christmas. Here’s the blurb for WHITE CHRISTMAS:

Since her divorce, busy ER nurse, Carlie Thomas, is happy to spend Christmas on duty. Fire fighter Derek Pierce needs special care after being injured on the job. But Derek’s wounds are more than skin deep. Will they spend the holidays haunted by the ghosts of the past, or could this Christmas spark a beautiful friendship–or even something more?

If you love holiday stories, this is a treasure-trove! There are four books in all in the A CHRISTMAS COLLECTION set: sweet, sensual, stimulating and spicy. The stories are grouped according to “heat” level so there are no surprises. These are great for gift-giving for this reason.

To order, or for more information, here’s the link.

This December also marks the one-year anniversary of the publication of my first Christmas novella with The Wild Rose Press. A NIGHT FOR MIRACLES is a western historical about a lonely young widow, Angela Bentley who takes in a wounded man and three children on Christmas Eve. Here's an excerpt:

He spoke first. “What…what’s your name?” His voice was raspy with pain, but held an underlying tone of gentleness. As if he were apologizing for putting her to this trouble, she thought. The sound of it comforted her. She didn’t know why, and she didn’t want to think about it. He’d be leaving soon.

“Angela.” She lifted his head and gently pressed the metal cup to his lips. “Angela Bentley.”

He took two deep swallows of the water. “Angel,” he said, as she drew the cup away and set it on the nightstand. “It fits.”

She looked down, unsure of the compliment and suddenly nervous. She walked to the low oak chest to retrieve the bandaging and dishpan. “And you are…”

“Nick Dalton, ma’am.” His eyes slid shut as she whirled to face him. A cynical smile touched his lips. “I see…you’ve heard of me.”

A killer. A gunfighter. A ruthless mercenary. What was he doing with these children? She’d heard of him, all right, bits and pieces, whispers at the back fence. Gossip, mainly. And the stories consisted of such variation there was no telling what was true and what wasn’t.

He met her challenging stare. “I mean you no harm.”

She remained silent, and he closed his eyes once more. His hands rested on the edge of the sheet, and Angela noticed the traces of blood on his left thumb and index finger. He’d tried to stem the blood flow from his right side as he rode. “I’m only human, it seems, after all,” he muttered huskily. “Not a legend tonight. Just a man.”

He was too badly injured to be a threat, and somehow, looking into his face, she found herself trusting him despite his fearsome reputation. She kept her expression blank and approached the bed with the dishpan and the bandaging tucked beneath her arm. She fought off the wave of compassion that threatened to engulf her. It was too dangerous. When she spoke, her tone was curt. “A soldier of fortune, from what I hear.”

He gave a faint smile. “Things aren’t always what they seem, Miss Bentley.” From the hint of chiding tolerance in his voice, she knew she wasn’t the first to censure him to his face. Nor would she be the last. Somehow, the thought unsettled her. She shored up her determination to show him she didn’t care one whit about his feelings. Or her own rudeness. He was a gunhawk, after all.

“Meaning?” She sat down on a chair next to the bed and pulled it close. Her heart raced as she leaned near the gunman. His dark, tousled hair fell across his tan forehead. His smoldering blue eyes regarded her lazily from behind heavy lids. He’d lost a lot of blood, but not enough to remove the threat completely. He was dangerous. Deadly. Still, she couldn’t help the stirrings of compassion she felt. Or the unwanted feeling of attraction that had shot through her when she’d touched him. She cleared her throat when he didn’t answer. “What should I expect from you, Mr. Dalton? That you’ve changed?” Her voice sounded clipped and distant.

“I guess that all depends on whose version of my life you’ve been listenin’ to, doesn’t it?” He looked away, suddenly seeming to let his guard down. “I might’ve done a couple of good things to go along with the rest,” he said softly. “Whatever you’ve heard, I’m not all bad.”

I’d love to hear from y’all. What is your favorite holiday story? Is it one of your own, or someone else’s? I love holiday stories and I’m always looking for new ones.
Posted by Cheryl Pierson at 12/01/2010