ABDUCTED WOMEN AND CHILDREN ON THE FRONTIER

ABDUCTED WOMEN AND CHILDREN ON THE FRONTIER 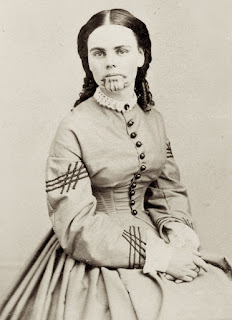 When I began to consider my latest book,  Rescuing the Indian’s Wife,  I looked straight at the complicated lives of young women who’d been kidnapped as children.  My heroine was engaged to be married to the highest noble warrior in the tribe, with only the chief to care for her if the marriage turned bad, if her husband abused, neglected or hurt her.

I had to look closely at what these young settler women had to embrace. The conflicting feelings must have been horrible.  Living away from more safety during a pregnancy was just one reality they’d have to live with.  My heroine also wondered how much freedom she’d be allowed when she became a ‘real’ Indian, a wife and mother.  Here are some of the ideas I found most fascinating.  There are many more.

The basic statement comes from local lawmen of the times, that the settlers of the southern plains (those plains south of the Dakotas and Canada) left their women and children entirely too much alone and unprotected.   ‘The women and children are left to care for all emergencies on their own, on the road and at the far-flung farms and ranches.’

Letters, diaries, newspapers and researchers tell us that most Indian raids took place when all or most of the men were working their land, leaving the women and children to care for everything, or with one or two men to speak to the Indians who’d come to call.  If the man sensed danger, he’d transact any business, like loaning/giving tobacco and meat, while the women and children escaped.

This was exactly the situation on the Parker settlement in the first third of the 1800’s. The Parker man of the home, answering the Native Americans’ needs was slaughtered; soon after that, Granny Parker saw her husband scalped alive before she was severely abused, then she escaped.  The story of Cynthia Ann Parker is so well-known that I’ll proceed to other tales and photos. 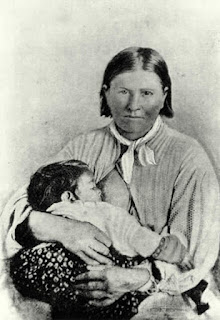 This article will also discuss how and why Indian raids were so common and describe early abductions in the colonies.

In colonial times, the Esopus Indians attacked several Dutch villages.  The villagers opened their gates to this local tribe to give the charity the Native Americans asked for that day.  When one of the Natives alerted the leaders, the Indians opened fire, slaughtering people in their houses with tomahawks, capturing and taking 8 women and 26 children as prisoners.

The stories of captive women have been told from many different points of view.  One of the most intriguing was written by Netherlands novelist Arthur Japin.  Cynthia Parker’s story of a kidnapped child who married a Native American chieftain is told through the other surviving female of the Parker attack, “Granny.”

Granny Parker was the only woman seriously abused in the raid, and in her words, she gave the rest of her life to seeing her ‘children’ brought again into freedom.  Japin’s version quotes Granny’s thoughts and reactions during the first meeting.  In seconds, Granny’s reactions raced from stunned silence to shattered dreams and finally to love.

“I was at first staggered by the fact that she didn’t recognize me.  She didn’t have the faintest idea who I was…I didn’t say anything.  I didn’t know how… I did like her and placed my hand on my breast… on one arm she was still carrying her little girl, who was tugging at the long grey feather tangled in her mother’s hair…

“With that little girl between us we kissed and hugged…but I suddenly got a whiff of the mixture of tannis and pus lofting out of my granddaughter’s hair.”

Granny was realistic about the ways Indians survived:  in this case, scraping and drying and soaking skinned animals like her granddaughter was wearing.  Curing skins with scarcely any tools simply had odors.  Instantly she recognized that she was feeling what was contrary to what she’d expected. Then she reunited deeply with her long lost grandchild.

By 1836, the date Japin uses for this meeting between Cynthia Ann Parker and her precious grandmother, Indian tribes had been decimated,  often with ¾ of the population dying from smallpox, cholera or influenza.  Cynthia Ann’s story was originally planned as being named Surrender but was finally published in Dutch as De Overgave and will be translated into English as Someone Found. 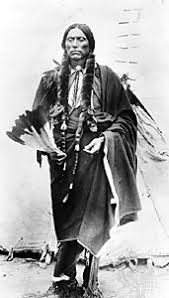 The child and young woman thefts were common because of the tribes' shrinking populations.  The earliest smallpox epidemic outside of California so terrified the local settlers that the only authorities in the tiny town refused to allow the Indian tribes in the region to stay – even though the Indians were infected and some very sick with smallpox.  Bed rest was the only cure then for smallpox, though a vaccine had been invented and was available in the Wild West.

Other places, though, did vaccinate everyone,  including settlers and Native Americans.  In at least one case, the Indians, after receiving vaccination, retired to quarantine without being asked and returned only when the tribe was completely healed.

Though Cynthia Ann Parker starved herself, as you know, when her own daughter died of pneumonia, other women captives had their own reactions to captivity, and like Cynthia Ann’s, those feelings were often conflicting.

A Puritan settler, Mary Rowlandson, was stolen and rescued in 1674.  Although she was in many ways thankful to be among those she knew and loved, she wrote of her life among the Wampanoags.  "I can remember the time," she confessed, "when I used to sleep quietly without workings in my thoughts, whole nights together; but now it is other wayes with me."

Children captives also noted the freedom and respect they got from their Indian families and the entire Native American community where they lived as one of the tribe.  Herman Lehrman, in particular, is worth listening to.  He was first kidnapped by the Apache and then the Comanche but eventually returned to his family later in life.

Lehrman and Adolf Korn were called ‘White Indians,’ or children who turned completely from their own cultures to the ways of their Native American captors.  Children were often terrified of Caucasian settlers, especially, and remained with their new families out of fear of what would happen among the settlers.

One persistent story that kept children from attempting to return, even if they felt like it, was that children, especially young women, who were raised among Native Americans, forgot their origins and became ‘too much like Indians.’  What if they were scorned and hated? At least with their Indian families, they could survive, even with privations.

Korn, in particular, became a wild and fearless raider.  Researchers say that young White Indian males followed their Native American instructors’ traditions for the rites of passage: young men were expected to burn houses and even to scalp and kill.

In fact, one record notes that when a young settler captive was told to burn a house, he hesitated an instant, then seeing his teacher’s expression, started the house and barn blazing.   Later, when his teacher said simply, ‘Scalp him,’ the young man immediately did this, noticing the quivering of the man’s head as he scalped him.

Korn destroyed his former neighbors’ property without any instructor, or so the records say:  he ran into the house, weaving through his victims, got fire from the kitchen, and set fire to the house and outbuildings.

By the times of Benjamin Franklin, a precedent had set in the country’s history.  In the 1700’s, he remarked that rescued colonists (settlers at that early time) ‘ran back to the woods.’  He found it incomprehensible that a colonist child would abandon his or her own civilization.  Franklin was among those who believed one of their duties was to share their own religion and high standards of health and cleanliness with their native neighbors, only to see these kidnapped children refuse to return.

For one final story that took place in the Wild West of the 1850’s, a former Mormon family, the Oatmans, were achieving what many people valued highest in their trek out West:  living as they wanted.  The Oatmans had left the traditional Latter Day Saints in Utah and followed a wagon train to California, but they left it as well. On their own, they went to New Mexico and Arizona, but were stopped from going further by warnings of Indian raids.

Royce Oatman’s family, however, decided to continue.  Eventually a serious attack did take place and most of them were killed.  Lorenzo, another child, was beaten and left for dead. He came to consciousness and walked for help. 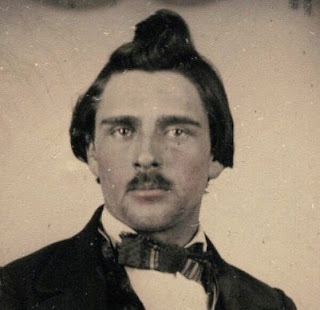 Lorenzo Oatman as a grown-up

Two daughters, Olive and Mary Ann, were stolen by the Apaches.  The girls were finally taken to a quiet village – a great deal of walking, as prisoners, without food or water, took place before then.  Eventually they were sold to the Mojave tribe.

Like many other stolen children, they were accepted and loved within a family.  Both sisters were accepted as members of this new tribe (Mojave), and their faces were tattooed like all other women in the tribe,  with blue lines on the chin and lower area around the mouth.  Some Mojave women had many more tattoos and all dressed with their upper bodies unclothed.

During a horrible period of starvation, Olive was kept alive by one of her ‘mothers.’  Her sister, Mary Ann, died, as did a great number of the tribe. 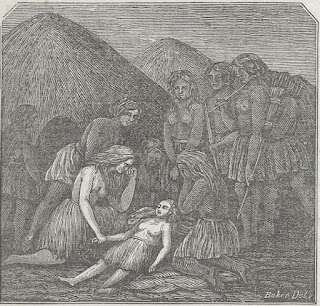 Olive survived and was finally rescued by the authorities. Back among the European-American settlers, Olive survived as well as she could, given the hideous shocks she’d endured.  Her travels and lectures are well-known, but I’d like to emphasize her happy life as a wife.  She married John B. Fairchild, a man she met on her lecture tour, and soon retired from public life entirely, to settle down quietly as a wife and mother.