The Plains of Nebraska (The Courageous Settlers) By Cora Leland

Last year, The Nebraska History Museum had a detailed exhibit about the cattle drives from Texas to Nebraska (and further north). Every aspect of this topic fascinated me then, and it still does.  Today's  blog post is based on some of the research I did for Springtime at the Ranch (Mail Order Bride Bk. 2).

One study shows evidence that German-speaking women suffered badly as immigrants, largely because so few of the people around them spoke German or their particular dialect. One woman, from Switzerland, spoke a dialect that no one knew except her husband. Her children grew up without learning it, instead learning High German in school. She understood this, but she was lonely because of it.

The study also states that German-speaking women settlers often did not write in journals or speak to people about adapting.  One woman among many did ‘speak’, though most often she used gestures. Still, she persevered in communicating and she was thought, by the study, to have a happy life.

The Swedish immigrants came in waves, as internal emigrants from the settlements in and around Minnesota.  Sources said that Swedes were socially responsible and eager to help in the communities, but that they had a very firm private life that was surrounded by their churches and families.  Diaries describe first and second generation Swedish people as politically active. Researchers said that Swedish people kept their church activities in their language and didn’t welcome Americans.

The Czech communities were strong, as the Bohemian representative in Nebraska said.  He praised their towns and their habits of citizenship.  The large number of Czech people kept their transplanted civilization strong.

The population of black settlers is less easy to determine; the author finally decided (perhaps incorrectly) it was filed in the ‘Other’ group.  It is interesting to note that the Southern States Homestead Act was so controversial that it was seldom used. Black settlers came to Nebraska using  the Homestead Act. History Nebraska’s Samuel Butcher photographs show some of their homes and families and UNL and Nebraska History have more resources.

Also interesting is that Nebraska’s cities saw a great many ethnic groups and nationalities. For example, Italians and Eastern Europeans came often to Omaha and work in other towns came from meat packing plants.

Although American Indians were not among the groups of settlers, the author feels that accounting for their population adds to the big picture of these times and is worth further reading and study when libraries re-open. The tribal rolls are found in large public libraries. (She does not use the term ‘Native Americans’ because, like many others, she finds that descriptor properly refers to other ethnic groups as well as American Indians.  Also, she is part of the Oto tribe and uses the term she learned as a child.)

Nebraska’s American Indian populations changed rapidly due to wars, disease, relocation(s), and return to Nebraska. For example, in 1860 the Ponca population was 3,414. After a bloody war with Sioux, the population (in 1880) was 30. (However, the 30 people returned to Nebraska after being sent to a reservation in Oklahoma. Not long after that, they lived legally in Nebraska.)

Indians were ‘enumerated’ (counted) by census workers, until 1880 or after, only if they were land or house owners, or if they lived on the fringes of or among the white population, or if they had ‘renounced tribal rule’ and were legal citizens of the state. If they lived on Nebraska reservations they were not counted (because they were not ‘taxed’).
In addition, the population of children and young adults with mixed parents (Indian and white) were put into separate reservations. These ‘tracts’ were established in the Midwestern prairie region, including in Iowa Territory, Nebraska Territory, Kansas Territory, Minnesota Territory, and Wisconsin Territory. However, this program ended in 1861.

The US census did not use the same system; but the federal census figures from earlier times like these are not separated into states.  (The tribal rolls were badly burned at the beginning of the 20th century; records from later years are to be found from the government.) In 1860 the Indians in America numbered 44,021; on reservations 295,400. In 1880, the same group had 66,407; those on reservations were 240,400. The 1890 census shows 248,253 Indians in America.

A word about the Great Plains in Nebraska.  The grasses are not spread by pollination, but by wind, so  their flowers of springtime are tiny but very beautiful.  The root structure of the native grasses is enormous, becoming deeper as they are left alone, replenishing the soil with plants that die and come to the roots. The tall grass prairie, which is not always considered part of the Great Plains, was (and is) left to peacefully provide food for cattle, as it did for bison.

The European settlers had a good rate for staying to own their land -- often better than other groups, with at least 64% of people staying for the full number of years, despite great hardships.  They sometimes were able to use the farming methods they'd learned abroad, as in north-central Nebraska, but others adapted more quickly than is sometimes mentioned. 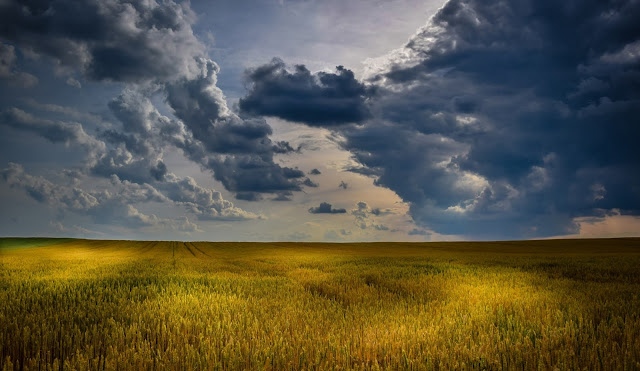 https://www.jstor.org/stable/23533829?seq=1#metadata_info_tab_contents
“The Good, the Bad and the Ignored: Willa Cather’s Immigrants in O Pioneers!” by Renee M. Laegreid

Happy as a Big Sunflower, Adventures in the West  by Rolf Johnson