A Fairytale Retelling or Embellishment on Real Life? 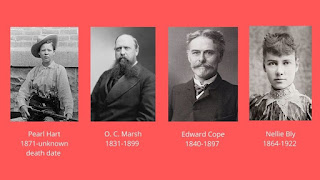 Several of the authors who contribute to this blog write in The Pinkerton Matchmaker series. I am one of those authors. It has been a really fun series to write in, but kind of strenuous, too, as my brain doesn’t naturally think in terms of mystery but gravitates more toward romanticism. When I was first invited to participate in this series, I was excited but also a little worried that I wouldn’t be able to come up with viable plotlines for readers to enjoy. For my first Pinkerton story, An Agent for Elizabeth, I decided to build the plot around a fairytale, if you can believe that, partially basing one of the villains, Elizabeth’s stepmother, on Cinderella’s. Who was the other villain? Her daughter, of course, but instead of a stepsister, Callie is Elizabeth’s half-sister, unbeknownst to her. However, this villainous mother and daughter duo was also contrived from another well-known female, this one a real-life stagecoach bandit, commonly known as the "Bandit Queen" from the Wild West: Pearl Hart.

Pearl was born in Canada but eventually made her way down to Arizona Territory where she and her lover, Jim Boot (real name unknown), decided to rob a stagecoach going from Globe to Florence. They were caught a few days later while wandering in the same area (some speculate that they were lost) and sent to prison—Boot in the Florence jail and Hart in Tucson. Following were several episodes of incarceration in which Peart used her feminine wiles and any other theatrics she could employ to gain others’ sympathy. The fact that Pearl and her partner had first attempted to rob men by luring them to a hotel room and then knocking them out cold played into Elizabeth’s story as well. When Callie does this in An Agent for Elizabeth and leaves the man for dead, it sets the stage for a wild chase. Luckily, Elizabeth has a wonderful agent husband in Stephen Randall who is able to help her solve this case and put a stop to her stepmother and stepsister’s crime spree.

Oddly enough, Pearl Hart was inspired by Annie Oakley, whose showmanship and sharpshooting skills were brought to life in Buffalo Bill’s Wild West Show. When it came time for me to write my third Pinkerton Matchmaker story, An Agent for Hallie, I was researching the “dinosaur wars” from the 1870s-1880s and came across a fun tidbit about Buffalo Bill being impressed upon learning that Wyoming and Dakota Territories had once been covered by ocean water. He learned this from a paleontologist named O.C. Marsh. Marsh and his crew were involved in what eventually became an all-out war between himself and another paleontologist, Edward Cope. In an effort to outdo each other and gain more financial backing from institutions back East, bribery and trickery were employed to keep the other from making more discoveries. This bitter feud made lifelong enemies of the two men. However, it also brought about countless scientific discoveries, of which we are the beneficiaries.

This scenario became the background for An Agent for Hallie and An Agent for Meg. My character, Meg, is the daughter of renowned paleontologist Professor Zane Ashwood. He’s brought Meg along with him on a dinosaur excavation project so as to keep her away from men who might only court her for her money. What the professor, and Pinkerton agents Hallie and Jeff Moore, don’t know is that the young man whom he trusts to be in his daughter’s company is a Pinkerton detective from another office back East. While Hallie and Jeff were hired by Professor Ashwood, detective Carl Porter was hired by someone else—but whom?

Meg and Carl also get their own story in An Agent for Meg. It takes place several months later, giving Meg time to “grow up” and come to terms with things that were happening in her family that she didn’t fully understand before. When she’s paired with Carl and they are assigned the task of infiltrating an insane asylum, they must learn to trust each other—even though they are still angry with each other over what happened in An Agent for Hallie. The asylum is a scary place, not only for Meg and Carl, but for the inhabitants as well. I loosely based this tale from investigative reporter Nellie Bly’s experience when she went undercover and spent time in the asylum on Blackwell’s Island in 1887. She found the conditions there to be deplorable. Lack of decent food and cleanliness, ice cold baths, and people being locked up like animals, all contributed to her scathing report. A report that made a huge difference in the lives of many people as conditions in institutions such as this one changed. Also, An Agent for Meg takes place in the fall, so I couldn’t help but add a little more ghoul to it, which makes it an extra fun read if you like a little more suspense in stories. Not to worry, though, if you’re a romantic like me. There’s plenty of romance in these three stories as well.

I recently put these three adventures into a box set. If you haven’t tried any of the Pinkerton Matchmaker stories yet, you’re in for a treat, especially right now because this box set is only .99 cents and will remain at that price until April 18th. If you have read them before, it's always fun to go back and reread a story once you know more about its background.

Here is the universal link where you can find it on sale: https://amzn.to/3atSVAE