We all watched Dorian last week make its way northward while so many of us were crossing our fingers that would stay at sea.

Try to imagine living in the late 1660's in house built by your father-in-law, Thomas Willoughby, and now occupied by the man's son and his wife. Beautiful rich farmland surrounds the house, probably tobacco. a gorgeous plant with very large, bright green leaves and a cluster of flowers, growing in those fields. It's been a wonderful growing season and crop is already being harvested and the leaves hung to dry. Life in the new world is good. You look out the window and you see water. The water is choppy.  What is normally rather tranquil is now forecasting a bad storm. Then it starts to rain and rain, and rain some more. There's no weatherman, no TV, no radio, but the family has been here for 40 some years and they've seen plenty of wicked storms.

Then the storm hits. The sound of wind, things blowing over, but it's raining so hard you can no longer see anything. It's raining sideways. The chimney downdrafts and creates a horn sound, deep throated as if you'd blown into a bottle. With the sound comes the soot that gets blown into the room and the fire has been doused. Water is trying to seep in through every crack and under the doors. The ceiling is leaking and you grab a large pot and put it under the falling water. You wonder how you will sleep while being in such a storm.  This is the worse storm you've ever known. Drip, drip, the sound of water splashing into that large pot. Exhaustion finally overtakes you, and you drift into a light slumber. At some point, you realize the rain has stopped,  and there's light outside. You drag yourself your bed, pull your shawl around you, and go to the window to look out. Crops are flattened. Everything is soggy and covered with leaves. You wonder how anything still has leaf on it. Then you look towards the water. It's gone!

This was no ordinary storm, it was a "Harry Cane" And where once there was water, there was now land.  As soon as possible an addendum was added to the original land grant to include this newly "found" land. Thomas Willoughby, II, and his wife were very lucky.

Hurricanes have always plagued the east coast of the North America, but they also hit Texas and go inland on the western side of the Appalachian Mountains causing flooding and creating havoc. Today we can plan and with pretty good accuracy. But for as many years as we've inhabited this land, there were no forecasts. People didn't know a summer storm from a Harry Cane until was over.

In 1749, The Chesapeake Bay rose 15 feet and deposited more land, and in 1806 the Great Storm formed what we now consider Willoughby Spit with over 7 miles of beachfront property. 1871, the National Weather Service began to keep detailed records of the weather here in Tidewater {Hampton Roads), Virginia. But throughout history the great storms have been notated in farm records, and ships records. We know the storms were here and what they did.

This year, after the devastation in the Bahamas...  We on the east coast knew what it could do.  We prepared!

With each threat of a hurricane we prepare for the worst and hope for the best. It's a hurricane, and hurricanes seem to have a mind of their own. But we have so much more knowledge today including those beautiful satellite photos that provide our weather people more information even though to us it looks like an awesome photo of a cloud with a hole in center.

In 1953 hurricanes were given names.  Willoughby Spit in Norfolk, Virginia, is the result of a few hurricanes.  Too many people become complacent figuring it never hits here very hard. Yes, it does! Isabelle almost took Willoughby Spit away.

I'm glad I know when one is coming. Never figure this one won't hit us, be prepared. And if you are asked to evacuate, get out! Most of us can recall the names of the ones that have hit in our lifetime and we all know about the Galveston hurricane. Dorian is not one that will be forgotten. 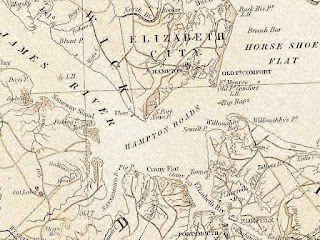