Folk healing is a tradition that goes back as far as even the most primitive civilizations. Every ancient culture has healers and plant-derived medicines. For years, I’ve collected folk remedies and alternative healing methods. I enjoyed taking herbal classes from author Beth Trissel, who is extremely knowledgeable about herbs and their uses.

I also love perusing old advertisements for medical remedies and clues to lifestyles of various eras. I blame—and thank—Jacquie Rogers for getting me started on old newspapers. (I blame Jacquie for a lot of things, unless she's within swatting distance.)  You learn the most amazing things from the historic articles and advertisements.

Through the beginning of the twentieth century, any individual could go to the neighborhood drug store and buy heroin, cocaine, cannabis powder, and laudanum over the counter. Shocking today, but they were routinely used as analgesics. Not until 1907 did the Federal Government regulate the sale of these drugs. At that time, they also decreed that medicines must contain a list of ingredients.

While sincere, well-informed healers practiced, there were charlatans popping out from under every rock. No doubt you’re familiar with the idea of a salesman hawking his cure-all formula from a caravan then leaving town quickly. He was often labeled a “snake oil salesman”. What I recently learned is that there actually was a product labeled Snake Oil Liniment on the market. I don’t know if it really contained snake oil and, if so, what kind of snake was used.

In my opinion, the weirdest of the weird “remedies” was the sale of “sanitized” tapeworms for those who wanted to lose weight but continue to eat all they wanted. Isn't that every overweight person's dream? I don’t understand how this worked—if it did, which I doubt. Obese King Henry VIII supposedly had a 26-foot tapeworm at the time of his death. I wouldn't have liked being the person who measured that. Sure didn’t slim him, did it? I wonder what happened to the people who took the tapeworm tablets.

Some of the so-called curatives advertised were criminally detrimental to health. The most chilling are the ads that promise to “cure” all types of cancer without surgery, and there are several. Makes me hope karma got those charlatans tenfold! 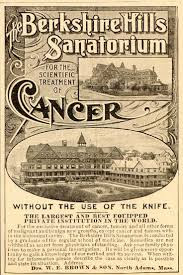 I shudder when I think of some of the so-called “cures” I’ve been told were used on my ancestors. One—a diabetic—died of gangrene after her swollen feet were slit and leeches applied to drain off the excess liquid. 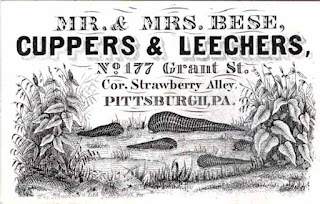 In the late 1800s, Coca Cola ® contained a small amount of cocaine and was popular with my family members of the time—and the cocaine-free version continues to be a favorite today. Originally, Coca Cola® was marketed as a patent medicine to aid the nerves and digestion (see ad below). My father started drinking it when he developed digestive problems. The name comes from the secret recipe that includes kola nuts and coca leaves. (Cherry Dr Pepper® for me, thank you.) 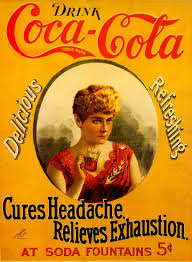 Another ancestor took up smoking because he had asthma and sinusitis and was told cigarettes would help. I was told those he used contained menthol so were likely not those in the ad below. The ad doesn't specify type of tobacco, etc., so who knows? 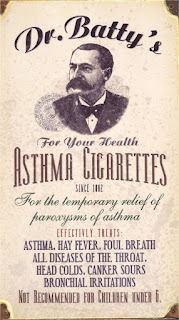 Numerous babies in our family were given Paregoric—camphorated tincture of opium, a patent remedy usually given to infants and children—to calm their colic, diarrhea, or fretful teething. Paregoric was available without a prescription in some states as late as 1970. Now it requires a doctor’s prescription as treatment for diarrhea and other stomach problems that include IBS, cancer, and Crohn's. 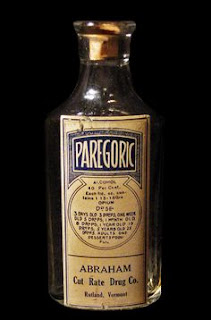 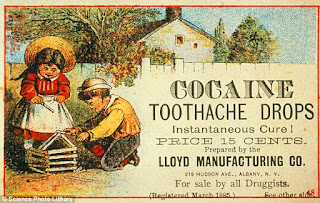 Amazing anyone survived, isn’t it?

Of course, the healers I use as my characters are the best at their jobs and always conscientious and knowledgeable. Prudence Lynch is the fourth healer I’ve written about in a book: Pearl Parker Kincaid in THE MOST UNSUITABLE WIFE and the Kincaid series, Kathryn McClintock in THE TEXAN’S IRISH BRIDE and the McClintock Series, Deirdre Dougherty in the time travel OUT OF THE BLUE, and PRUDENCE in the Bride Brigade Series.

Prudence Lynch’s beloved grandmother trained her in midwifery and in folk medicine. Always ostracized because they’re different—until someone needs their help—they live in poverty at the edge of a tiny Virginia village where rumors plague them.

After Granny’s death, Prudence leaves for Richmond. There, Prudence is fortunate to be chosen to accompany Lydia Harrison to Tarnation, Texas. She believes she’s left trouble and gossip behind to establish her healing business and begin a new life. Unfortunately, trouble follows her.

Doctor Riley Gaston wants a wife and children. He’s threatened to move from Tarnation to seek a wife, but he would never actually leave the community he loves. One of the young women Lydia brings home mesmerizes Riley. That is, until he learns her so-called profession is folk healing, which he views as dangerous as it is worthless.

Prudence is as stubborn as Riley. Danger causes them to reconsider their opinions. Is their change of heart too late? 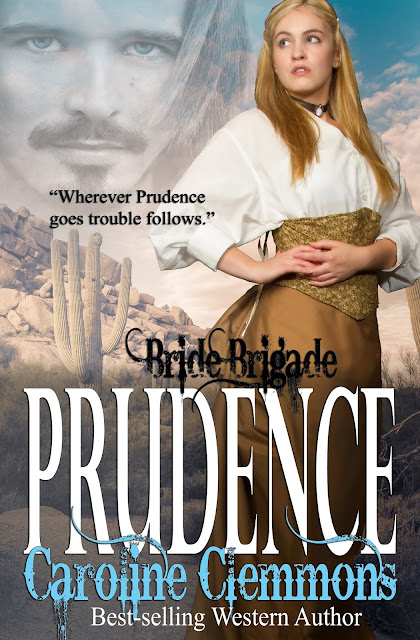 Here’s an excerpt from PRUDENCE:

Riley walked slowly, hoping to read the sign, but it was covered by bunting. Soon enough, he’d be back and by then he could meet his new neighbor. Wait—there was no one new in town except the seven women who’d accompanied Lydia.
He froze in his spot.
No—she wouldn’t—not across the street from him. He turned and hurried across the road. Disregarding the superstition of walking under a ladder causing bad luck, he walked into the office. Sure enough, there was Prudence setting out bottles and packets of this and that.
He walked up to her. “What do you think you’re doing?”
She barely glanced up. “I’m organizing my herbs and tinctures and salves for my grand opening on Saturday.”
He edged closer. “What are you playing at? Are you setting out to deliberately cause trouble with me?”
She continued arranging things on shelves. “Certainly not. Why would you even say that? In your opinion, which you’ve made known to me and probably most of the townspeople, you don’t believe we’re in the same business. Having me here shouldn’t have anything to do with you.”
He fought for calm but it wouldn’t come. “It’s as if you’re. . . you’re saying you’re in the medical profession the same as I am.”
She stopped messing about with the dratted shelves and faced him. “Dr. Gaston, I’ve never said that. I’m interested in helping people in any way I can. If that alarms you, that’s your problem.”
He leaned in so they were nose to nose. “You’re setting yourself up as a medical authority. That’s a big problem. You can do untold harm with your so-called healing.”
Sparks shot from her blue eyes. “So can you. Do I tell you how to run your office and treat your patients? No.” She poked him in the chest. “So, Doctor Gaston. Butt. Out.”
Fuming, Riley turned on his heel and strode from the building. He rushed to Mrs. Eppes’ home. Where did Prudence get off thinking she could do this to him?
He’d come close to kissing her. Thank heavens he’d resisted. Who was he fooling? If he were being truthful, only her anger stopped him. What was he going to do about Prudence?
More importantly, what was he going to do about what being near her did to him?

I’ve loved writing the Bride Brigade Series. PRUDENCE was emotional for me because it ends the series into which I've immersed myself. In addition to the romance of Prudence Lynch and Dr. Riley Gaston, this book ties up loose ends and settles Lydia Harrison’s conundrum. Although I’ve already eagerly dived into one of the many new projects I have planned, DANIEL in the McClintock Series, saying goodbye to Tarnation, Texas and its citizens is bittersweet.

Caroline Clemmons is an Amazon bestselling and award winning author of contemporary and historical western romance. She lives in North Central Texas cowboy country with her Hero and their several rescued animals. Her latest series are the 7-book Bride Brigade Series and the (to date) 5-book Loving A Rancher Series for Montana Skies Series Kindle World. Check her Amazon Author Page for a complete list of her books. Sign up for her newsletter and receive a FREE historical romance novella, HAPPY IS THE BRIDE, as well as notices of new releases and contests.