Every state has towns and regions with odd names. Since I live in Texas, I’m most aware of my state’s names. There are towns like Dime Box and the former Lick Skillet.

Not only was Lick Skillet a community, but there were FIVE places with that name before postal organization arrived to eliminate duplication. Supposedly, one such town received that name because if you were late to community events, all the food was gone and you would have to lick the skillet if you were hungry. 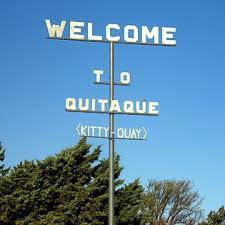 Imagine you are a sports announcer and the game is between the Quitaque Quail and the Mesquite Skeeters. Quitaque is a tongue twister for many people. To save newcomers a problem, the town sign gives the pronunciation as Kitty-quay. By the way, the town is best known for its bison ranch. 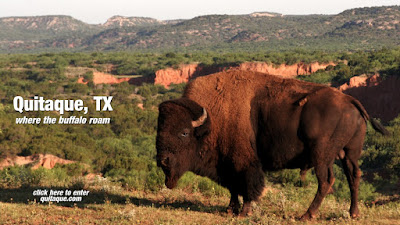 I love the tale about the Pedernales River. Early surveyors and mapmakers spelled the name wrong by inserting the R in the wrong place. Did that change citizens’ pronunciation? Not a bit. The river is pronounced Perdinales.

In North Central Texas are the towns of Rio Vista and Nevada. Rio Vista is not pronounced ree-o as is correct for Spanish. Locals say Rye-o Vista. The state is Nevada but the Texas town is Ne-vay-da. We Texans just do our own thing.

What are some odd town names in your state?