Samantha Fury
Nice to meet everyone. I want to say a quick hello. I've been a cowgirl at heart for years. Growing up watching TV westerns, I've often thought about publishing a Western Romance, and now I finally have one in the works. It's called Rachel's Ransom. I had to do a lot of research on trains for this novel, so I'm going to share some of that with you this week.
In my novel, Rachel starts her travels in Baltimore, Maryland, and from there, making her way west to Ellsworth, Kansas. I'll talk more about this town in future blogs. I love this part of Kansas and was blessed to be able to ride through the heart of it years ago in an 18-wheeler with my hubby. It's so beautiful. I pray if you love the west, that you'll get to have an adventure of your own someday.
For researching what to describe about the train, you might think it can’t be too hard. Just jump on the train and have her heading west in 1870. Well, actually there were all kinds of questions. How fast would the train go? How many stops would it make? What kind of seats were on trains?  I was shocked to discover that trains were really nice in the 1870's. They had some beautiful trains for our settlers to ride. 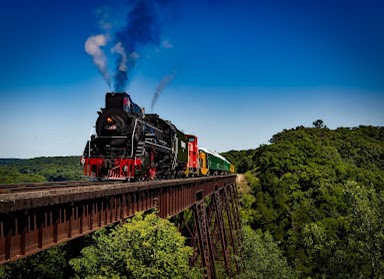 Image from Pixaby
Let's talk about speed first. How fast can a train go? I did a lot of research and most of the sites all concluded that in 1870 a train could go 20 mph.  That led me to pull out my calculator and divide the miles by the speed. It's 1,331 miles from Baltimore, Maryland to Ellsworth, Kansas. That’s about 66 hours, not including down time to take on water and stops to pick up more passengers.  There was also a piece they would have to ride on a buckboard to get them all the way to Ellsworth itself, so all in all it was almost a six-day trip.
To put this into today’s perspective, you could drive that same distance in 22 hours if you could stay at a steady speed of 60 mph. Here we are going on this journey, and it's a long trip. You would have needed to worry about where to sleep, and what you might eat along the way, and heavens, were there any bathrooms? There would have been so many questions.
Let's talk about the sleeping quarters next. These changed a lot over the short life of the Pullman cars, and there were some beautiful examples. I'll share a few images, but if you're really interested in this subject, you should Google Pullman Sleeping Cars and take a look at all of the beautiful history there is to see. I personally was shocked at how well they traveled in the 1870s. 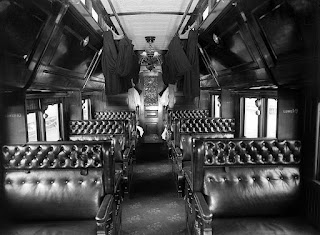 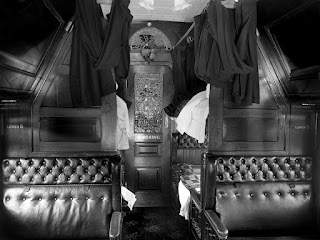 Link To Wikipedia Image
In this image some of the bed are in the down position.
This looks so well made. I would think I was on a wonderful vacation if I got to ride on something that looked this comfortable. The beds dropped out of the sides of the walls. Most of the time, the lower seats also would turn into a bed, making easy sleeping for a couple.  Later on, as you see below, some even had private bathrooms. 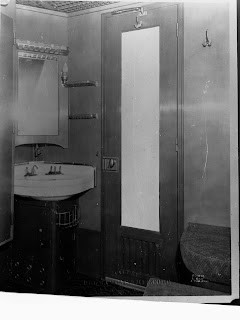 Link To Wikipedia Image
There were many names behind these wonderful trains, but the one I read most about was Pullman trains. You might wonder what would make a man want to work on making trains so comfortable. Well Mr. Pullman took a train ride and he hated sleeping in his chair all night. It got him thinking that he could make the ride more comfortable for everyone, so he started working on doing just that.
George Pullman built his railroad cars from the 19th century to the early decades of the 20th century. This was the booming time for railroads, before cars were invented and used more readily for trips. I think it's kind of sad that people stopped taking trips on trains. It seems like such a fun adventure. I know I enjoyed writing about the journey Rachel and Maxwell had. I will add I have a sad feeling that today's youth would spend all of their time looking at their phones and miss most of the fun.

Here are Mr. and Mrs. Pullman: 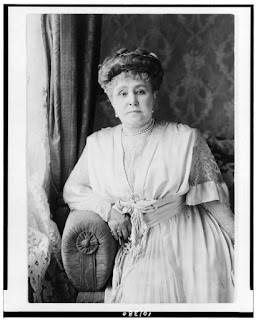 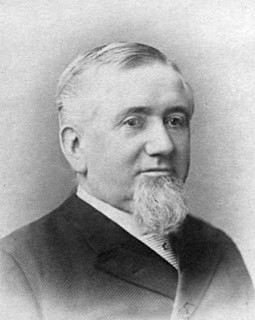 I have to wonder, without his creating such beautiful ways to ride across the country, would the RV have ever even been thought of? These trains were beautiful, some of them even having fancy chandeliers hanging from the ceiling.
I also wonder if they would have ever become as famous or well-known had the dear Abraham Lincoln not taken his last ride to his resting place on a train. Across the country, mourners lined the tracks. The journey was so hard on Mrs. Lincoln that she collapsed. When arrangements were made for her to return to Springfield, Mr. Pullman made his new Pioneer sleeper available for her to ride in. I'm sure that helped to make his name more common and the beauty of his trains more well known.
There were also some nice ads showing how wonderful the trains were. Here is one of them I found on Wikipedia, showing off one of their fancy dining cars.
But I did learn a very interesting fact. 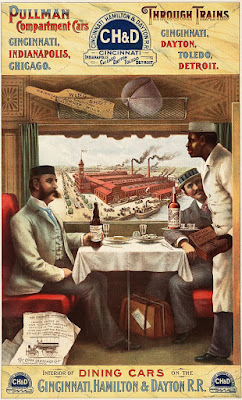 Link To Wikipedia Image
Service on the Pullman trains was wonderful, with white-clad waiters and fancy table settings. But there was a big problem. How to get to the dining car?  It wasn't an easy task at first. One had to jump over the gap between the two train car ends, while the train was moving. YES! While it was moving! I don't know about you but I think I would have passed and had a sandwich.
Finally around 1887, Pullman invented something called the sessions vestibule. It was an elastic diaphragm mounted on steel that connected the two cars together. This made it easy and safe for passengers to move from car to car. Again, I would have waited until 1887 to go moving about to the dining car no matter how fancy it was.
Do you wish you'd been able to live during this time so you could have enjoyed riding on one of the Pullman trains? At times I think I would have enjoyed life back then in a simpler time. But then I think I would have missed my blow dryer and indoor plumbing and, at times, my air conditioner. Then again I suppose they didn't miss what they didn't have.
I hope you have enjoyed my little look back in history and I'm sure I'll talk about trains again at some point. They are just one fascinating piece of our American history.  I hope you have enjoyed stepping back in time with me. Until next time.
There are so many wonderful image here please check some of them out. Photos 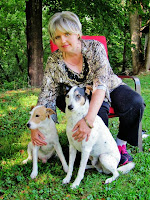