Where does the West become the West?

I asked this question in a Sweet Western readers group and got a surprisingly wide array of answers. It turns out, part of the difference comes from perspective, but also what time period we are talking about.

If you google it, the fine folks at the Census Bureau has some information:

The United States is home to several different regions and subregions, each with its own unique history and culture. But it's not always clear where one region ends and another begins. There's no consensus on whether the Dakotas are part of the Midwest, for example, or if Arkansas belongs to the South.

Luckily, we have the US Census Bureau, which has classified American regional divisions for more than 100 years. They classify the West as such: 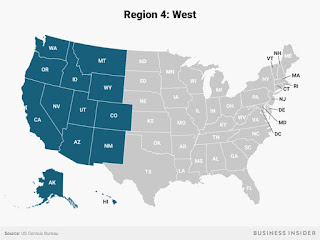 And then there’s the Census’ definition of the Midwest:

So this is all well and good, but the Census has been only for the past one hundred years or so. And if we’re talking about historical, that’s a whole other ball park, isn’t it?

As I mentioned, I asked this question in a group and was consistently being told “West of the Mississippi” and “West of the original 13 colonies.” Well, in all my Canadian ignorance, I thought these sweet ladies were giving me two different answers. And even Google might support my thoughts as I got this information: 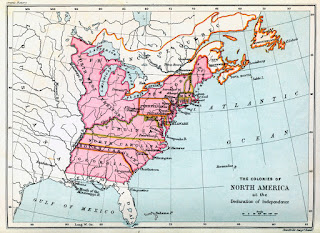 The United States of America initially consisted of 13 states that had been British colonies until their independence was declared in 1776 and verified by the Treaty of Paris in 1783: New Hampshire, Massachusetts, Rhode Island and Providence Plantations, Connecticut, New York, New Jersey, Pennsylvania, Delaware, Maryland, Virginia, North Carolina, South Carolina and Georgia.

So as we know these states now, they are all well East of the Mississippi, but an examination of old maps, helps us to see that the British ceded the lands all the way to the Mississippi River to those 13 former colonies in 1783. Interestingly, from what I read, part of the controversy the colonists had with Britain had to do with taxation and the fact that Britain wanted to restrict any settlement west of the Appalachian Mountains. They actually issued a Royal Proclamation to that effect in 1763. Perhaps this is the trigger point for our fascination with all things to do with Western expansion.

What do you think? Where does the West become the West and why are we so fascinated with it?

All of my Proxy Brides books managed to make it well West of the Mississippi so I think I'm safe either way ;-) Check out A Bride For Hamilton: 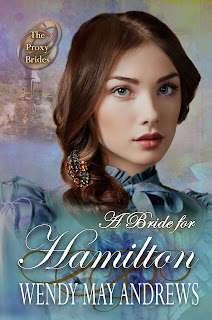 Available on Amazon, included in your Kindle Unlimited subscription.