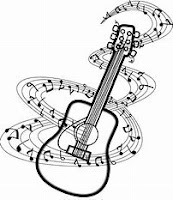 Drifting along with the tumbling tumbleweeds.

Some of you may have heard that song sung by the Sons of the Pioneers composed in the 1930’s, chosen by the Western Writers of America as one of the top 100 Western songs of all time. 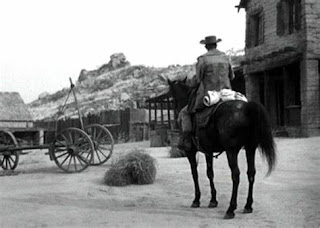 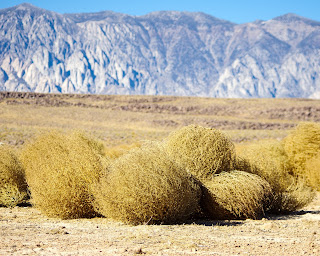 Along with cowboys, stagecoaches, wagon trains and buffalo, tumbleweeds have been icons of the Old West. Anyone who has watched old western movies or tv shows have most likely seen these balls of dead foliage rolling across the towns and prairies. Actually, these dry plants called tumbleweeds have been a common sight in the American West for well over 100 years.

What’s interesting is how they got here. In the 1870’s, Russian immigrants arrived in South Dakota carrying flax seed that was infected with invasive Russian thistle seeds. These plants quickly sprouted and then died in the winter, sending their dried bushy parts blowing in the wind, dispersing hundreds of thousands of seeds wherever they tumbled. By the 1900’s, tumbleweed had reached the Pacific Coast. 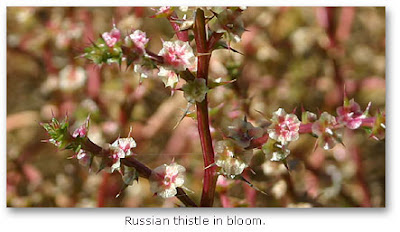 Although tumbleweeds are considered a nuisance and a fire hazard, many animal species feed on the succulent new shoots, including mule deer, pronghorn, prairie dogs and birds. Russian thistle hay actually saved cattle from starvation during the Dust Bowl of the 1930’s when other feed wasn’t available. 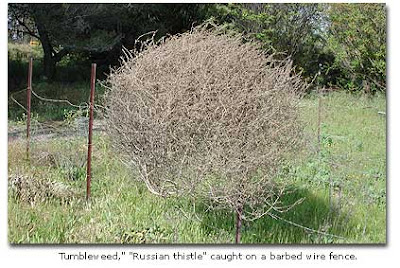 The word, “tumbleweed,” is often used to describe many varieties of bushes that break off when very dry and roll with the wind. Sage brush creates one of the more common kinds of tumbleweed. Thick matted bushes sometimes stick to each other and can become a giant tumble weed, six to eight feet in diameter. And they aren’t just seen in your classic western movie where you might find a solitary tumbleweed rolling through a desolate landscape. These thorny clusters of twisted foliage remain common, especially in southwestern states. Just this year, a strange takeover of tumbleweeds caused problems for residents of Colorado Springs. And a monster tumbleweed storm also covered the roads in Southern Washington, closing some roads for hours. 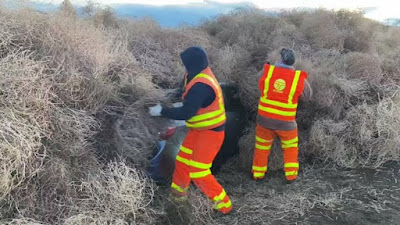 There is a car buried under all those tumbleweeds I invite you to stop by my web site and check out my books:
www.CheriKayClifton.com 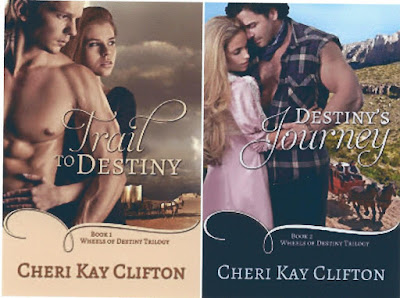