Madstones in the 1800s by Bea Tifton

Those living in the frontier feared rabies and the excruciating death it could cause. One way of cheating this horrible illness of its victim was through the use of madstones.

Before madstones there were bezoars. A bezoar is a lump of stone-like material that forms when calcium and magnesium phosphate build up around plant fibers, hair, or a pebble, much like a stone hairball, in the digestive track of a ruminant such as a camel, an ox, an antelope, a goat, or a llama.  The stomach contracts and smooths the bezoar into a round shape. The word “bezoar” is derived from pad-zahr, a word that means “anecdote” in Persian.  The bezoars were thought to cure poison, leprosy, measles, cholera, and depression.  Arabian doctors began using bezoars in the 8th century. In the 12th century, they were introduced to western medicine as a cure for poisoning, and monarchs were very interested in them as that was a common means of assassination. Queen Elizabeth I had a bezoar set into a silver ring. 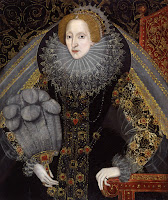 Pioneers who contracted rabies could expect to experience flu like symptoms, followed by anxiety, confusion, and agitation. The unfortunate victim would go on to experience hallucinations, hydrophobia, and insomnia. When these symptoms appeared, the disease was almost always fatal.

Pioneers obtained madstones from the stomachs of deer or cows. Some users maintained that there were rules regarding the madstones. They must never be bought or sold. The shape must not be altered (so no silver rings). The patient must seek the madstone, as opposed to the madstone being brought to a patient. The owner of the madstone should not charge for its use. It was generally passed down through families, especially from father to son.

In Forgotten Tales of Texas, Clay Coppedge writes that that some doctors on the frontier actually carried one or two madstones. One such doctor was Benjamin Tomas Crumley, who was half Cherokee. Crumley studied traditional herbal medicine with the tribal elders and also attended a Parisian medical school. His use of madstones reportedly had a high success rate.


When Warren Angus Ferris, a pioneer surveyor who plotted out a settlement called Warwick that was later renamed Dallas, was bitten in the leg by a rabid raccoon, he borrowed a madstone from a neighbor posthaste. Ferris later recorded the experience in his diary. “The evaporating water could be seen as it was boiling at every tube, and I could feel a distinct burning sensation in the wound such as I would presume would be induced by a minute blister of flies.” (Forgotten Tales of Texas, Coppedge) He never did come down with rabies.

How did the madstones work? No one knows. Perhaps some people wouldn’t have died, anyway. A person bitten in the head or the face by a rabid animal has a 90% chance of getting rabies. A person bitten on the bare arm or leg has a 40% chance, but a person bitten through clothing only has a 10% chance. Often the seeker of the madstone may not have been sure if the animal who bit him really was rabid. “On the frontier, where rabid animals outnumbered doctors, people didn’t take any chances.” (Coppedge, Forgotten Tales of Texas.)  By the 20th century, the madstone was mostly relegated to folklore.