So much to learn! Education in the 19th Century West By Cora Leland

Having lived for many years in Denver, Colorado, I was shocked to learn that Aspen, an expensive mountain retreat, had begun as a mining camp. As late as 1885, the  editor of the Aspen Times begged citizens to plant trees around their homes, out of civic pride and to create beauty; and to think ahead.  Schools, transportation and better roads were desperately needed.  A contemporary author, Louise Palmer, described this dilemma satirically in the May, 1869 Overland Monthly, using Virginia City, Nevada as an example.

My article is an overview.  Not every mining town was based on work, saloons and gambling.  Every community relied on their residents’ expectations and demands. While Virginia City, Nevada, according to Ms. Palmer and the scholars at UNL, was lawless, noisy and wild, a town neighboring Virginia City prided itself on its mines, churches, schools and clean streets.
The mining communities were first of all transitory and each town’s leaders faced the residents’ indifference.  Louise Palmer’s story is drenched with indifference (and boredom).  The professional men, like her husband, were ‘mere money-making machines.’  And ‘the ladies’ were accustomed to their roles as beauties wearing silks and jewels, eating ices and other delicacies, each spending most of her time alone.  No one  wanted to return to their homes in the East and be ‘normal.’  Ms. Palmer wrote that ‘no man who has ever breathed the air of excitement and speculation of Nevada can live and be content’ in the dimly-remembered East.  Even she loved the raucous, vigorous town.

As in Aspen, the town governments gave their citizens a choice: remain transitory, and do not have taxes for roads, schools and sanitation.  Become a town to settle in, and pay a bit.

In 1845 Catherane Beecher published a call to literate women, The Duty of American Women to their Country.  She demanded that young women go West and teach because the population of school- aged children was steadily increasing and would soon exceed the number of teachers.  It was the young women’s choice:  to allow the children to grow up without schools, or go out and change this.

The following figures support Ms. Beecher’s warning about the growing number of students.

Towns in the West began to advertise in Boston and other cities, asking for single ladies to teach in their schools who promised not to marry for three years.  Sometimes the ads asked for one hundred or more teachers.

Ms. Beecham exhorted young women teachers to be both school teachers and missionaries.  But the towns did not expect, or perhaps want, their teachers to follow her advice. Teachers’ wages were based upon the number of pupils, and teachers found that being part of the community was better.  Teachers entered the extended family of the settlement.  They ‘boarded out’ with a different child’s family each day or week, and the town provided a room for her. (There were male school teachers, but not enough, and their wages were slightly higher.)

However, as settlements became larger, classes grew. One teacher per 60-70 children of differing abilities in one small cabin was normal.  Teachers taught basic school courses such as reading, writing, and math; the women teachers gave instruction in sewing, a survival tool for the girls.  They also guided their students about sanitation, sometimes demanding toilets and repairs from the school board.

In settlements, adult education was often well-managed. For example, Oscar Wilde, Emerson, Thoreau and Hawthorne, to name a few, individually traveled lecture circuits throughout the West.  There were also lyceums available, and many towns took advantage of this, having at first local residents offering discussions; and later, the lyceums paid outside celebrities (authors, critics, farm and ranch experts, etc.) to give presentations. 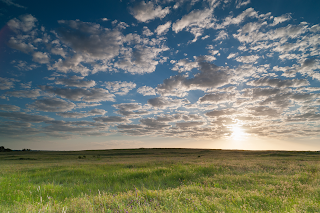 Some records, but not all, indicate that libraries were only to be found in townships over 10,000 people. There were library boards who kept pace with the town’s intellectual needs.  There were also drama societies, where Ben Johnson, Shakespeare and others were regularly performed by professional actors who traveled on a circuit.  In addition, classical music and operas were in demand. Records show that this emphasis on education came from high in the government; others emphasize that citizens themselves were ‘starved’ for learning.

Women after 1862 in the West were able to achieve higher learning because of the Morrill Act.  The Act granted land for colleges that taught agricultural and mechanical subjects, but it also mandated that these schools be coeducational. Women’s enrollment in Normal Schools (Teachers’ Colleges, some of which granted B.A.’s) soon exceeded the men’s.

Like the Homestead Act, which offered land to women, the West offered women hard work as teachers – and more education and freedom for themselves.

The Gentle Tamers: Women of the Old Wild West By Dee Brown

Louise Palmer. "How We Live in Nevada." May, 1869 Overland Monthly

So Much to be Done: Women Settlers on the Mining and Ranching Frontier. Edited by Ruth B. Moynihan, Susan Armitage and Christiane Fischer Dichamp

The Female Frontier. A Comparative View of Women on the Prairie and the Plains  by Glenda Riley

US Library of Congress: railroad maps; history of fabrics and ready- made women’s clothing

Happy as a Big Sunflower: Adventures in the West, 1876-1880. Diaries of Rolf Johnson. Edited  by Richard E. Jensen