Louisa Swain, First Woman to Vote in the USA 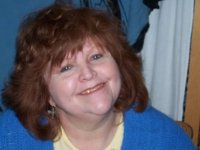 
Louisa Swain, First Woman to Vote in the USA
In the early years of the 20th Century, my grandmother McNeal dedicated herself to women’s suffrage, working hard for women to have the right to vote. Although I never met her, since she died long before I was born, Matilda McNeal inspired me with her forward thinking and activism.
So when I discovered that a woman had voted in a general election in Wyoming long before the 19th Amendment was passed in the United States giving the right for all women to vote, well, I had to learn more about her.
Louis was the daughter of a sea captain that was lost at sea when she was still a child. She and her mother moved to Charleston, South Carolina where, sadly, her mother died. Now an orphan, Louisa moved to Baltimore, Maryland to live with her uncle, Ephraim Gardner. There she met and married Stephen Swain who owned a chair factory. After their fourth child was born they moved to Ohio and later they moved again to Indiana. Louisa Swain and her husband, Stephen, moved to Wyoming from their home in Maryland to be closer to their son and his family in 1869.  Louisa and her husband were in their late 60’s then. In that same year, the Territorial Legislature, composed of twenty men, approved the measure that was revolutionary for its time stating: “Every woman of the age of twenty-one years, residing in this territory may at every election to be held under the law therefore, may cast her vote.”  The bill’s sponsor, William Bright, shared his wife, Julia’s, belief that suffrage was a basic right of every American citizen.

Unlike other states, Wyoming had no organized campaign to win suffrage, no parade or public demonstration. Women did, however, keep vigil outside Governor John A. Campbell’s office until he signed the bill into law. In other states, women had suffered terrible atrocities, t6rt4re even, in their fight for their rights and were held up to public ridicule for their activism. God bless the state of Wyoming.
So, on September 6, 1870, Louisa Swain cast the first vote by a woman in a general election in the United States of America. 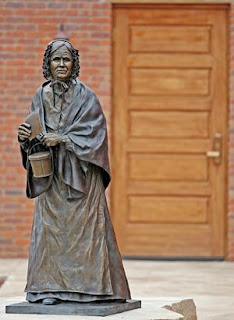 One of the reasons I decided to use Wyoming as the home of my fictional characters, the Wildings, besides its wild and beautiful countryside, was because of their motto, “The Equality State”…and they mean it. 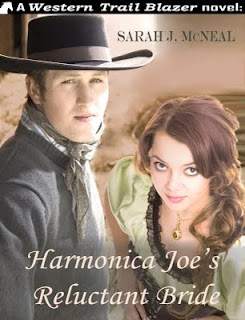 Harmonica Joe's Reluctant Bride has a heroine from present day who falls back into 1910. Good thing women could vote in Wyoming then because Lola was not the kind of woman to be deprived of her rights.


A haunted house, a trunk and a date with destiny.

discovers a warp in time in an old trunk when she falls into 1910. She finds herself married to , a stranger shadowed by secrets. Mistaken for , a thief and a woman of ill repute, finds her life is threatened by a scoundrel. stands between her and certain death. With danger threatening all around and secrets keeping them apart, can and find their destiny together? Or will time and circumstance forever divide them?